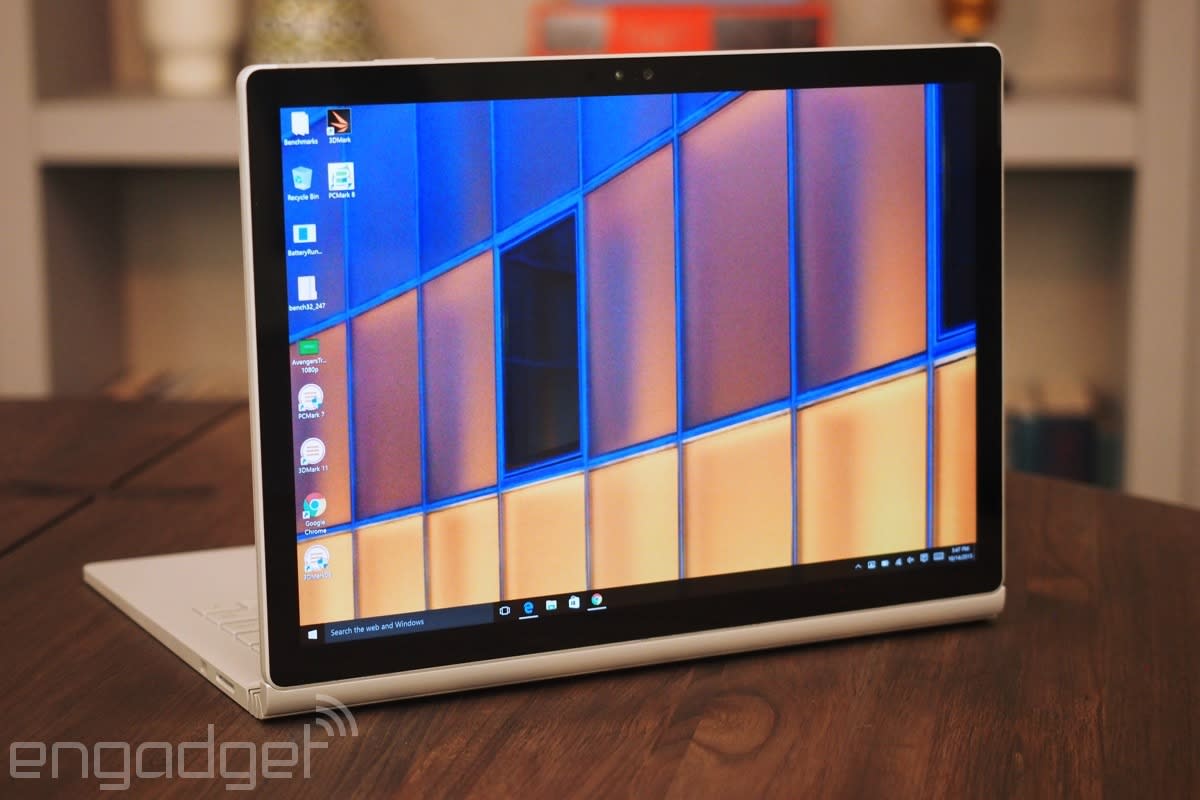 If you're like most of us, you think Microsoft's Surface Book looks like an incredibly attractive laptop, however adding on all the fixin's (like a powerful NVIDIA GPU embedded in the keyboard) can make it a bit pricey. TechRadar notes that the folks from Redmond have slid one more variant into the store, allowing buyers to essentially choose between upgrading the base ($1,500) model's graphics instead of its hard drive. For $1,700 you can either have a version with a Intel Core i5 CPU, 8GB of RAM, 256GB storage and no NVIDIA discrete GPU, or the new version -- a 128GB model with dGPU. If you keep your larger-capacity files in the cloud or an external drive, that cuts $200 off the previous cheapest dGPU-equipped version without losing any power, but we won't blame you if only the $3,200 1TB top-of-the-line powerhouse will suffice. In this article: dGPU, microsoft, nvidia, Surface, SurfaceBook, video
All products recommended by Engadget are selected by our editorial team, independent of our parent company. Some of our stories include affiliate links. If you buy something through one of these links, we may earn an affiliate commission.