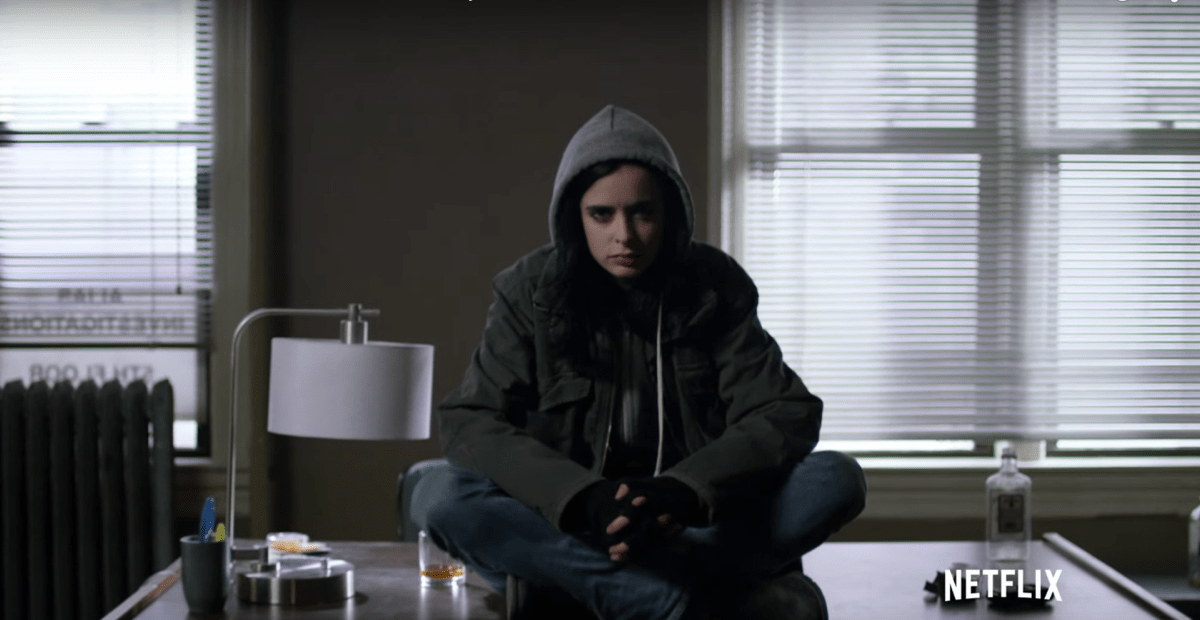 Marvel's Daredevil Netflix series was a surprising dark addition to Disney's cinematic superhero universe, but it looks like the new Jessica Jones series is going to push things further into adult territory. The first trailer for the series introduces us to Jones, played by Krysten Ritter (Veronica Mars, Breaking Bad), a former superhero who's now running her own detective agency. She's like your typical tough-talking noir detective -- except she has super-strength and the ability to fly. We also see a brief glimpse of Mike Colter's Luke Cage, who'll be getting his own Netflix series next year. The series co-stars former Doctor Who David Tennant as the baddie, Kilgrave, and Carrie-Anne Moss. Critical response to the first episode from this year's New York Comic-Con was overwhelmingly positive, many reviews also highlighted the series' refreshing depiction of sexuality. All 13 episodes of Jessica Jones hits Netflix on November 20, just in time for Thanksgiving binge watching.

In this article: hdpostcross, JessicaJones, Marvel, Netflix
All products recommended by Engadget are selected by our editorial team, independent of our parent company. Some of our stories include affiliate links. If you buy something through one of these links, we may earn an affiliate commission.