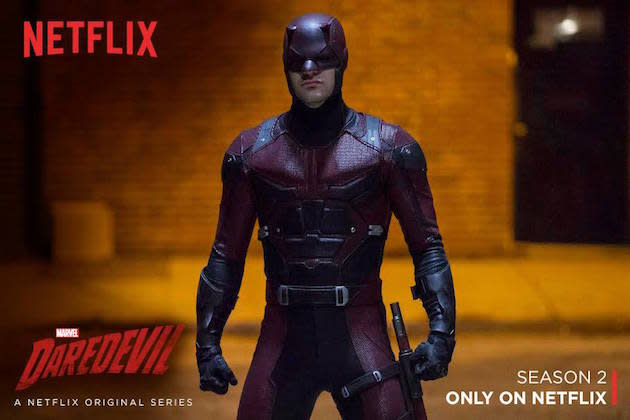 Despite the popularity of Netflix's original shows, the streaming giant doesn't actually own most of the content it delivers to customers. It's a situation that the company is working hard to rectify, but in the meantime it has to negotiate with partners to continue serving up shows like House of Cards, Orange Is The New Black and its latest hit, Daredevil. The Marvel series only hit Netflix on April 10th but it's already proved lucrative enough for Reed Hastings and co. to renew the series for a second season.

There are some changes for the second season, however. Executive producer Steven Deknight is signing off, making way for Doug Petrie and Marco Ramirez (who worked closely with the team during the first season). Of course, Daredevil is just the first of a number of new Marvel shows coming to the streaming service: Jessica Jones will debut later this year, with Luke Cage premiering in 2016. All of those characters will then come together for a Defenders mini-series, ensuring comic book fans can continue to justify their monthly subscription fee.

In this article: daredevil, hdpostcross, netflix, series, show, streaming
All products recommended by Engadget are selected by our editorial team, independent of our parent company. Some of our stories include affiliate links. If you buy something through one of these links, we may earn an affiliate commission.