Netflix's 'A.K.A. Jessica Jones' gets David Tennant for a villain 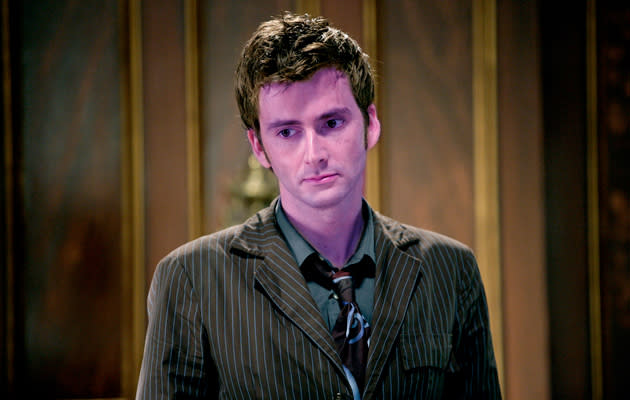 Once you've won the hearts of a planet as the dashing lead in a science fantasy show, you're faced with the lingering specter of typecasting. One actor who has managed to avoid such perils is David Tennant, who has thrown himself into any - and every - role imaginable to avoid being known as just The 10th Doctor. Now, however, the Scotsman is returning to the genre that made his name, after taking a role as the villain in Marvel and Netflix's forthcoming A.K.A. Jessica Jones. There's some more detail after the break, but be warned: there might be some spoilers.

Tennant has taken on the role of Kilgrave, the TV version of notorious bad guy The Purple Man. In the source material, Dr. Killgrave (two l's) kidnaps and tortures the superhero Jewel for several months. Only after a bungled assassination attempt on Daredevil do The Avengers and X-Men rescue her. Unfortunately, Jewel is so traumatized by the event that she renounces the superhero life and goes back to being Jessica Jones. Given Marvel's penchant for cross-overs and cameos - we've already seen Samuel L. Jackson pop up on Agents of S.H.I.E.L.D, for instance - it's probably worth keeping your eyes peeled to the background scenes in Netflix's Daredevil.

In this article: AKAJessicaJones, David Tennant, DoctorWho, hdpostcross, KrystenRitter, Marvel, Netflix, TV
All products recommended by Engadget are selected by our editorial team, independent of our parent company. Some of our stories include affiliate links. If you buy something through one of these links, we may earn an affiliate commission.