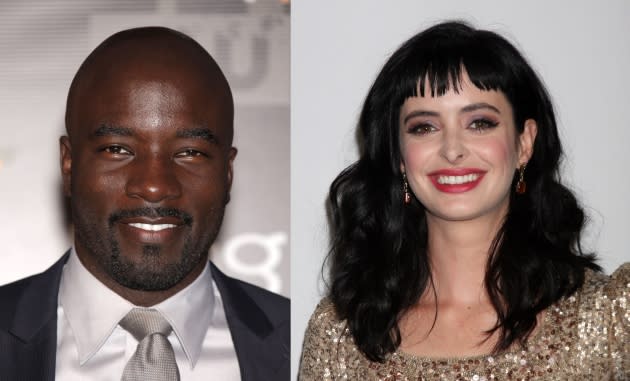 The first TV series Netflix and Marvel are working on isn't even done, but the two are already looking forward to the next one: AKA Jessica Jones. Confirming the rumors, the two announced Krysten Ritter (Don't Trust the B in Apt. 23, Breaking Bad) will play the super hero-turned-detective Jessica Jones. She will be joined by Mike Colter (Halo: Nightfall, The Good Wife, American Horror Story) playing Luke Cage, a character that will get his own series on Netflix after a short detour with Iron Fist. Once you've processed those bits of information -- plus how everything lines up with the next few years of Marvel Cinematic Universe films, and that The Defenders miniseries -- then it's probably time to check out an early peek at Daredevil before it gets the whole thing kicked off. Ready for 2015 yet? Guys!! I am so completely over the moon & grateful for this opportunity to bring Jessica Jones to life! THANK YOU Me... http://t.co/iCxqAmt3iV

In this article: hdpostcross
All products recommended by Engadget are selected by our editorial team, independent of our parent company. Some of our stories include affiliate links. If you buy something through one of these links, we may earn an affiliate commission.