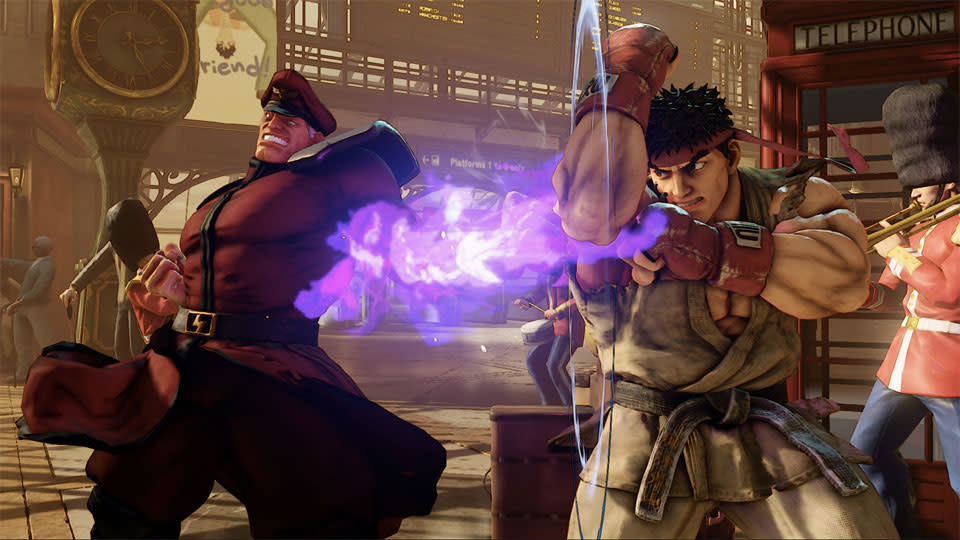 At Sony's Paris Games Week on Tuesday, Yoshinori Ono, the mastermind behind Street Fighter 5, made a series of stunning revelations. First, he revealed that Dhalsim, everybody's favorite ass-kicking yogi, would be among the 16 playable characters when the game launches. Second, the game will hit North American and European store shelves on February 16th, 2016. Finally, and most excitingly, Ono-san announced that six additional characters would be available within the first year of gameplay. What's more, they'll be unlockable -- for free -- using the in-game "fight money" currency. No DLCs here, folks; you're going to have to earn these characters the old fashioned way: by beating the snot out of your opponent.

In this article: hdpostcross, parisgamesweek, PGW2015, SF5, sony, StreetFighter5
All products recommended by Engadget are selected by our editorial team, independent of our parent company. Some of our stories include affiliate links. If you buy something through one of these links, we may earn an affiliate commission.