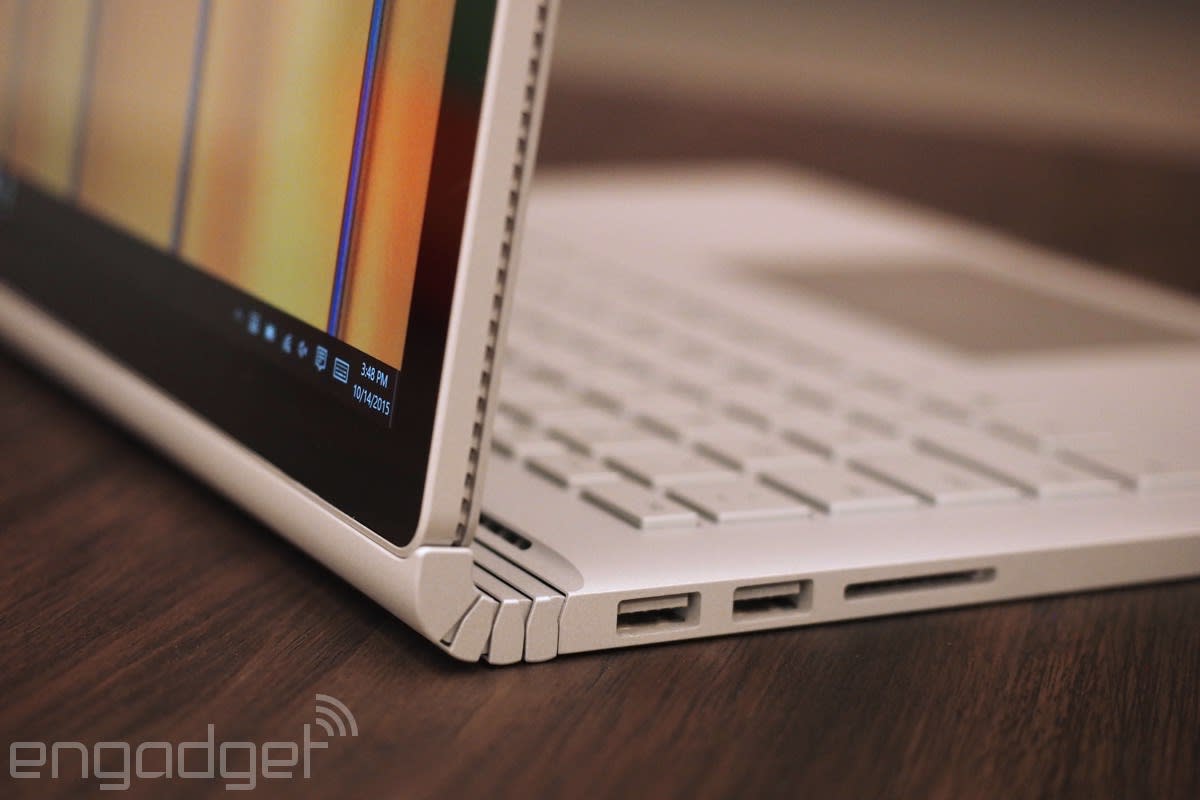 On top of announcing an expansion in Ireland, Apple CEO Tim Cook also took some time to weigh in on Microsoft's newest hybrid laptop, the Surface Book. "It's a product that tries too hard to do too much," he said, according to the Irish Independent. "It's trying to be a tablet and a notebook and it really succeeds at being neither. It's sort of diluted." Ouch. We actually found the Surface Book to be a pretty darn good hybrid laptop in our review. Cook's comments are particularly rich on the heels of the iPad Pro's launch this week, a large tablet with keyboard and stylus accessories that looks like it was inspired by Microsoft's Surface hybrid tablet. Of course, the big difference is that the iPad Pro is running iOS, not OS X. Cook seems to be taking more issue with Microsoft's attempt to unify desktop and mobile interfaces in a single platform.

Apple's marketing head, Phil Schiller, doesn't think there's much room for a true hybrid tablet on the market either. While the iPad Pro looks Surface-like, it's still being marketed as a tablet. Its keyboard and stylus are just add-ons, they're not as essential as Microsoft's Surface keyboard covers. Still, as iOS apps become more complex and desktop-like, it's hard not to see how the iPad Pro might eventually be considered a hybrid device as well. But of course, I'm sure Cook and Schiller's tune will change by then.

Update, 5:30pm ET: The Irish Independent has since updated its article to note that Cook actually said "diluted," not "deluded." Presumably, he means that the Surface Book offers a compromised experience, something similar to comments he's made in the past.

In this article: apple, microsoft, SurfaceBook, TimCook
All products recommended by Engadget are selected by our editorial team, independent of our parent company. Some of our stories include affiliate links. If you buy something through one of these links, we may earn an affiliate commission.