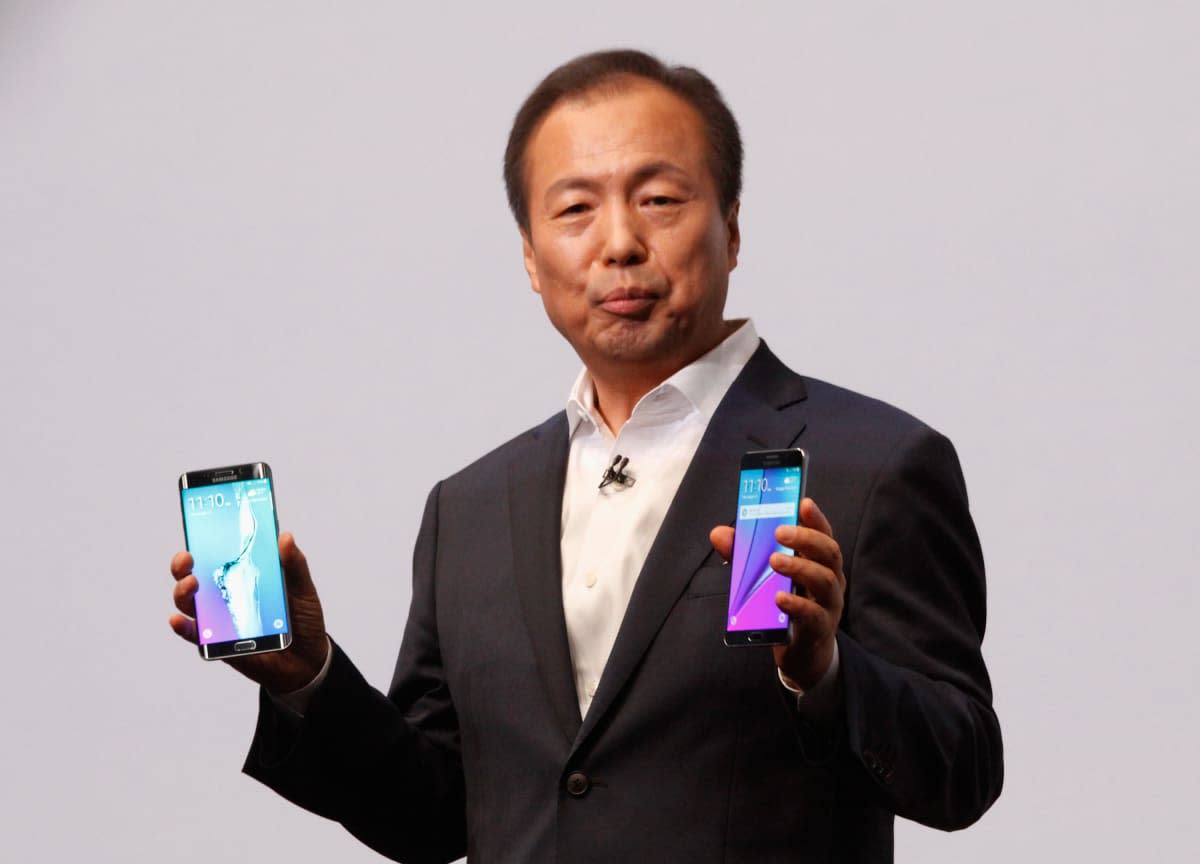 Samsung Mobile's top execs held on for a while during the company's troubled time with smartphones, but it's apparently been long enough. JK Shin, in addition to another co-CEO, (Samsung's exec lineup is a... multi-layered one), will withdraw from daily operations, replaced by DJ Koh, a mobile exec who previously oversaw Samsung's barely-nascent Tizen mobile OS and Samsung Pay -- neither of which are international success stories (yet?). At the same time, Samsung's head of TVs and home appliances, BK Yoon, is being moved on to focus on "long-term strategy".

According to the WSJ, both Yoon and Shin will retain their titles as co-CEOs of Samsung Electronics. The mobile head was responsible for misreading demand for the company's top flagship phones, not making enough of its curved Galaxy S6 Edge smartphones -- and making too many of the more conservative S6. The mobile profit hit the Electronics arm enough for it to announce an earnings loss for the entire year.

In this article: av, DJ koh, djkoh, galaxys6, gear, jk shin, jkshin, mobile, samsung
All products recommended by Engadget are selected by our editorial team, independent of our parent company. Some of our stories include affiliate links. If you buy something through one of these links, we may earn an affiliate commission.