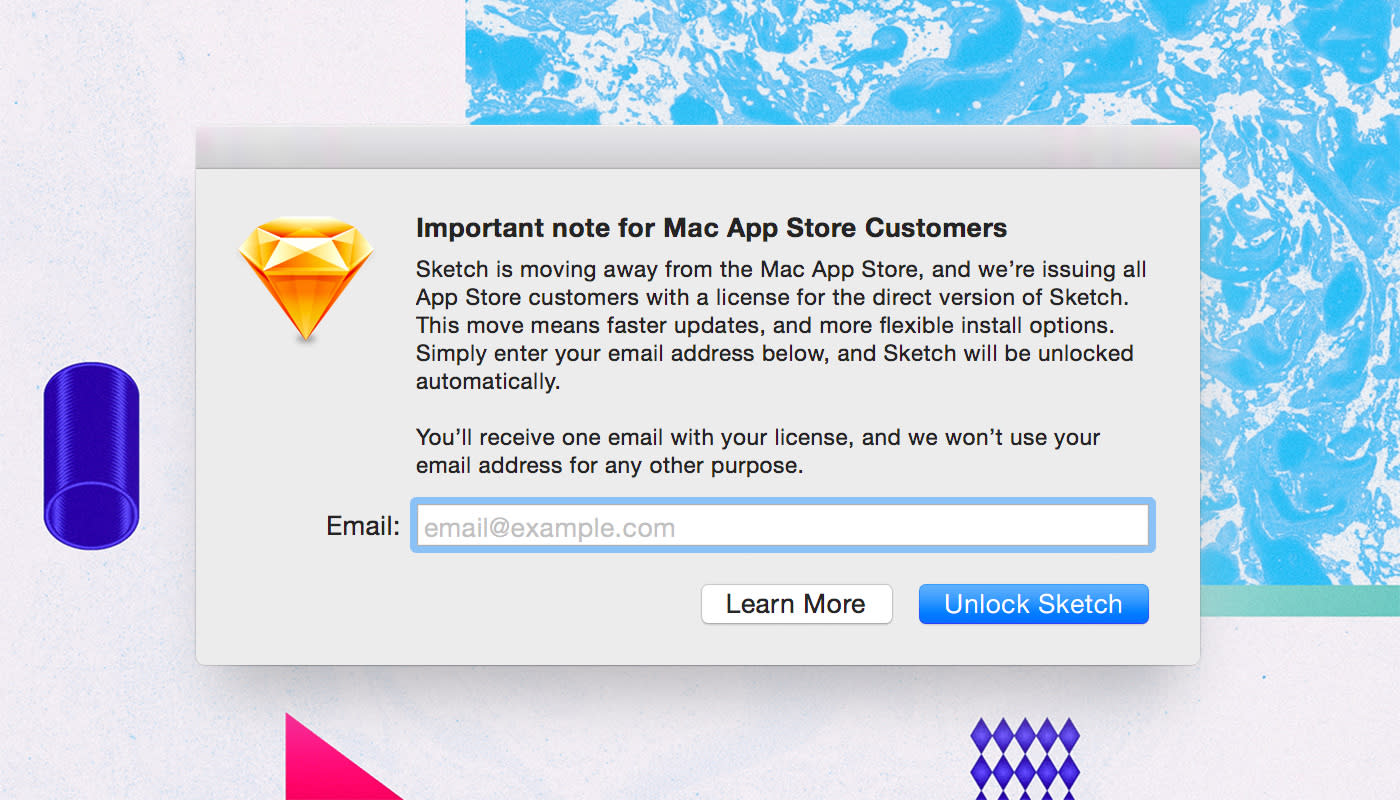 Bohemian Coding has pulled its popular design app Sketch from the Mac App Store. In a blog post, it cites numerous reasons for the switch, "many of which in isolation wouldn't cause huge concern." The main culprits are the time between an app update being submitted and approved, a lack of upgrade pricing options and the technical limitations imposed by Apple's guidelines on sandboxing. Anyone that's bought the app previously will be able to download the app from the Sketch site to continue receiving updates.

The move reflects very poorly on Apple. Bohemian is a Mac-exclusive developer and the winner of two Apple Design Awards for its efforts on the platform. As Apple commentator John Gruber points out, Apple even provides Sketch templates for designers to wireframe WatchOS apps.

Bohemian is by no means the first developer to abandon the app store. Panic pulled its web development tool Coda due to sandboxing restrictions, Quicken removed App Store support for its financial management tool due to a lack of upgrade pricing and Bare Bones Software's BBEdit was yanked due to a combination of the above. Plenty of other popular applications like TextExpander, Hazel, Parallels Desktop, Paragon NTFS and more are all unavailable there due to the Apple's sandboxing restrictions, which limit the amount of access an app has to the system and other programs.

While a single developer leaving the roost doesn't make too much of an impact, losing such a high-profile name is likely to make Apple take note. Bohemian Coding creates the sort of OS X-only apps that Apple thrives on. If it expects developers to continue giving up a 30-percent cut of their app revenues, Apple's going to need to be more flexible with the way it runs its Mac App Store.

In this article: apple, gear, personal computing, personalcomputing, services
All products recommended by Engadget are selected by our editorial team, independent of our parent company. Some of our stories include affiliate links. If you buy something through one of these links, we may earn an affiliate commission.