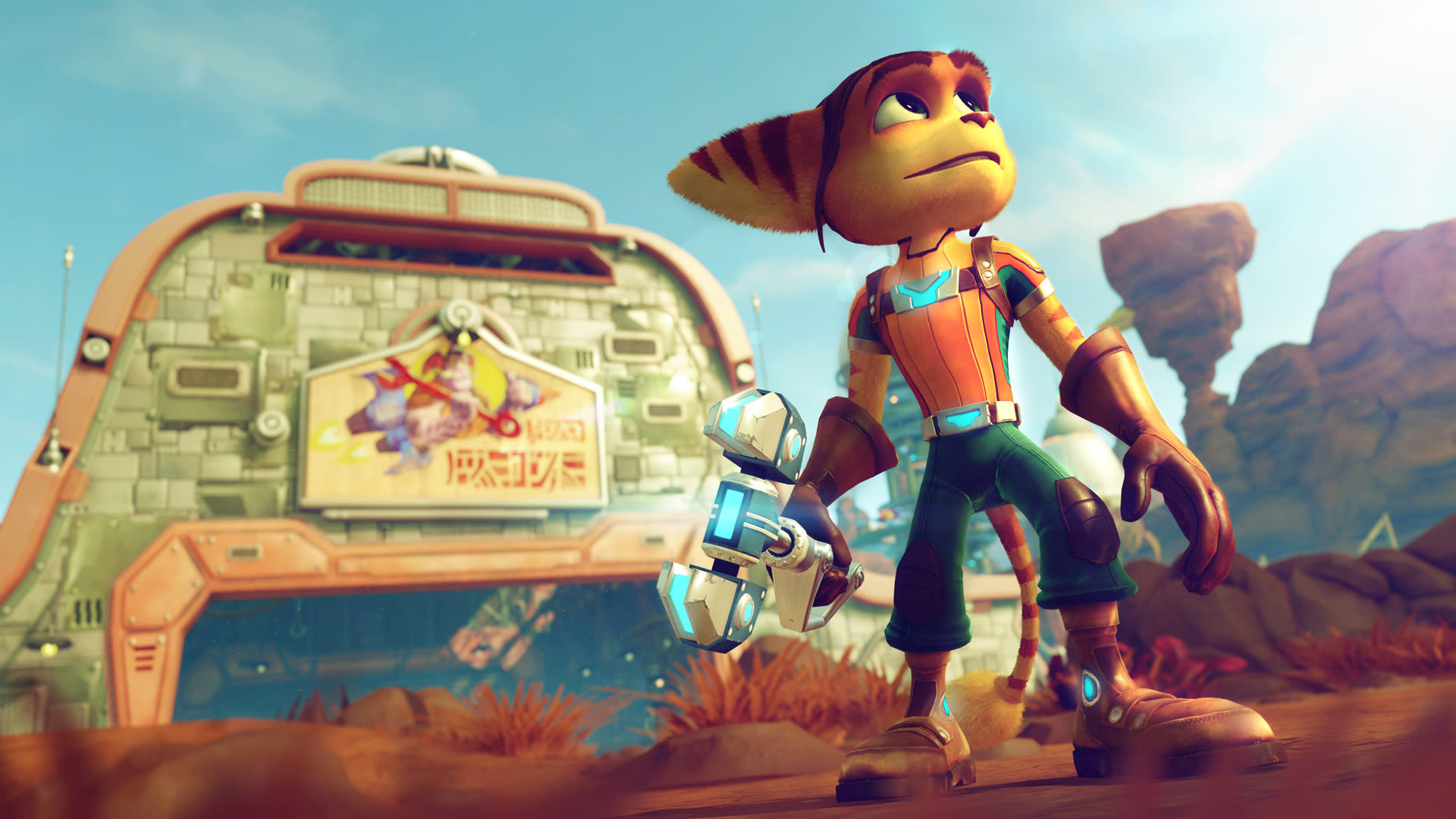 The PlayStation 4 version of Ratchet & Clank, a mega-remaster of Insomniac's PlayStation 2 game, lands on Sony's new console on April 12th. That's just before the Ratchet & Clank movie hits theaters on April 29th. Ratchet & Clank on PS4 is more than a simple visual upgrade: It's a completely new game based on the PS2 version, with an expanded story, more planets to explore, new weapons, fresh controls and other goodies.

In this article: art, business, gaming, insomniac, InsomniacGames, playstationexperience, playstationexperience2015, RatchetAndClank, ReleaseDate, sony
All products recommended by Engadget are selected by our editorial team, independent of our parent company. Some of our stories include affiliate links. If you buy something through one of these links, we may earn an affiliate commission.