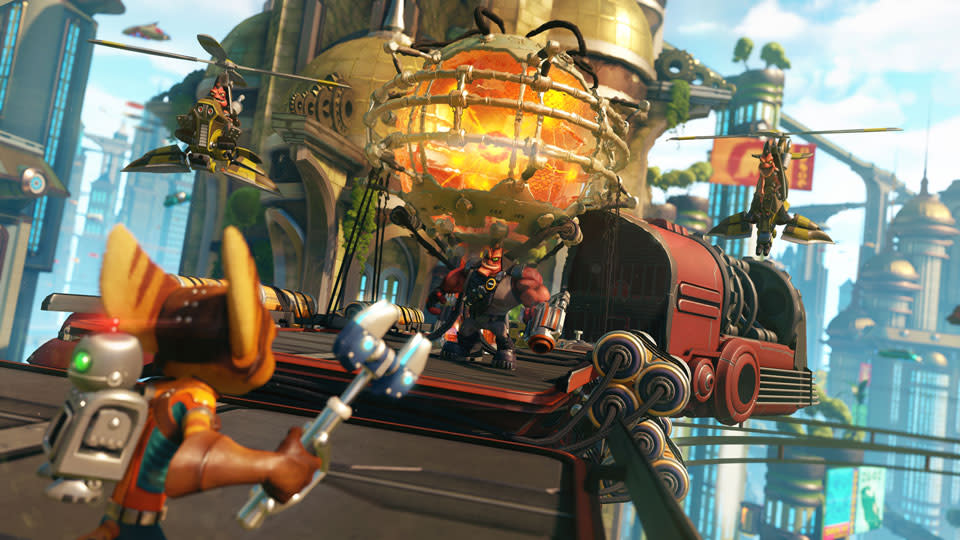 When Sony and Insomniac Games teased that there would be a "re-imagining" of Ratchet & Clank for the PlayStation 4, that raised at least a few questions. Would there be a genuinely new story? New mechanics? Or would it be yet another remaster? Apparently, you can rest easy. Insomniac has offered its first look at the action series' reboot, and it's definitely not just a visual upgrade. While it's undoubtedly prettier (see above), you'll also get "modern controls" and a heaping of new content that includes an expanded story, several new planets, refreshed gameplay segments, and a weapon collection that's largely built from scratch. Your muscle memory from the original game isn't going to help here, folks.

Just be prepared to wait. The studio recently pushed back the PS4 version of Ratchet & Clank to spring 2016, roughly in sync with the closely related movie. Patience should be a virtue here, though -- you won't just be getting a 1080p version of a game you played over a decade ago.

In this article: e3, e32015, insomniac, insomniacgames, playstation, playstation4, ps4, ratchetandclank, video, videogames
All products recommended by Engadget are selected by our editorial team, independent of our parent company. Some of our stories include affiliate links. If you buy something through one of these links, we may earn an affiliate commission.