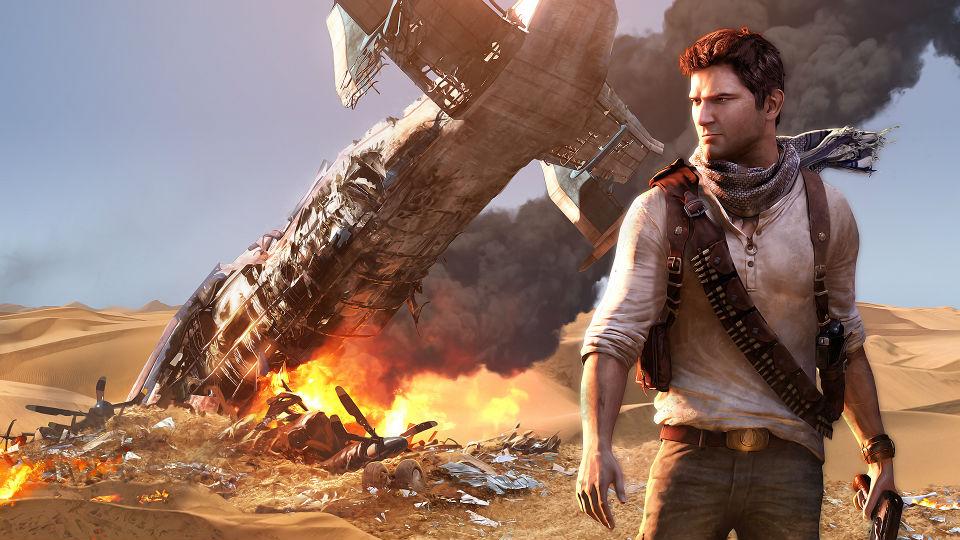 After Uncharted 4: A Thief's End was pushed into 2016, PlayStation 4 owners hungry for supernatural-tinged archaeological adventure, adequate gunplay and roguish quips were braced for a disappointing year. Then with the easy charm of a cad with his shirt only half-tucked in, Sony made a reassuring announcement on Thursday. Uncharted: The Nathan Drake Collection will bring all three PlayStation 3 games in the series to the new console with a bevy of technological upgrades this fall, making the wait for Uncharted 4 that much easier.

Series creator Naughty Dog isn't producing these touched up versions of Drake's Fortune, Among Thieves, and Drake's Deception. Remaster masters Bluepoint Games are on the job, sprucing up all three with improved textures, lighting and new character models to prepare the trilogy for a 1080p presentation running at 60 frames per second. For those not versed in this gaming jargon, Bluepoint is prettifying the old Uncharted games in a similar way to The Last of Us Remastered, another Naughty Dog fan favorite that jumped from PS3 to PS4.

Bluepoint, whose other remaster credits include the spectacular Metal Gear Solid HD Collection, Ico and Shadow of the Colossus, will also introduce other changes and improvements to the Uncharted games that remain unspecified in the trailer below.

Diehard fans that have already played these games so many times that a facelift won't entice them, the collection won't be entirely Uncharted 4-free. Anyone who buys the collection gets access to an impending Uncharted 4 multiplayer beta. Is that as appealing as a new adventure where Nathan Drake says, "No no no!" repeatedly while standing on a cliff edge? Certainly not, but it will at least be a chance to feel how Naughty Dog's series feels on new hardware.

Uncharted: The Nathan Drake Collection will be released in the US on October 9th and Europe on October 7th.

In this article: bluepointgames, hdpostcross, naughtydog, playstation3, playstation4, sony, uncharted, uncharted4, uncharted4athiefsend, video
All products recommended by Engadget are selected by our editorial team, independent of our parent company. Some of our stories include affiliate links. If you buy something through one of these links, we may earn an affiliate commission.