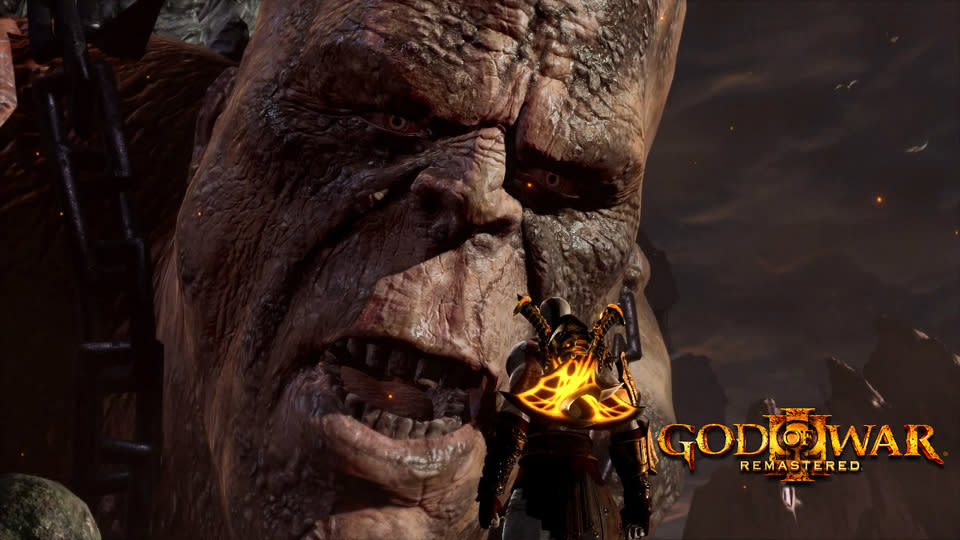 Yes, developers are still rehashing popular last-generation games in an attempt to pad out a thin current-gen catalog -- meet God of War III Remastered, a PlayStation 4 overhaul of the classic deity-slaying PS3 title. Sony Santa Monica isn't being too specific about what's new, but it's promising prettier, "silky smooth" 1080p brawling (here's hoping that means 60 frames per second) and a new photo mode that lets you capture vicious kills or scenic vistas. The PS4 refresh arrives on July 14th in the US, and July 17th in the UK. It won't make up for the Uncharted 4 delay, but it'll give you something fun (if not strictly new) to play during the usual summer game drought.

In this article: games, godofwar, godofwar3, godofwar3remastered, godofwariii, godofwariiiremastered, playstation, playstation4, ps4, sony, video, videogames
All products recommended by Engadget are selected by our editorial team, independent of our parent company. Some of our stories include affiliate links. If you buy something through one of these links, we may earn an affiliate commission.