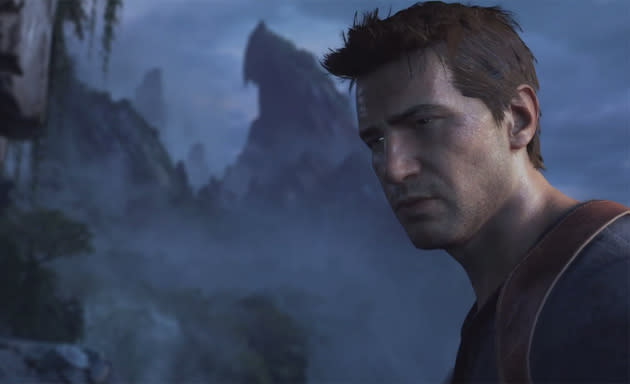 Uncharted 4: A Thief's End, the latest sequel in Sony and Naughty Dog's hugely popular action adventure game series and the first entry on PlayStation 4, has been pushed from its 2015 release date to spring 2016.

"Since we showed you our first gameplay reveal of Uncharted 4: A Thief's End, more of the game and story have come together, and it's become clear to us that this game is much more ambitious than we originally envisioned," said Neil Druckman, creative director of Naughty Dog, in a Wednesday post on Sony's PlayStation Blog. "After spending so many years with Nathan Drake, he means a lot to the team, and telling the climactic chapter of his adventures is a task we don't take lightly -- this game deserves every bit of the attention to detail, precise pacing, and nuanced storytelling Naughty Dog is known for. So we've made the difficult choice of pushing the game's release date."

Uncharted 4: A Thief's End was first announced in 2013 with a painfully short teaser video released the same month as the PlayStation 4 itself. Sony later highlighted the game during its E3 2014 press conference and confirmed it would be out in 2015. Most recently Sony showed off actual footage of the game (seen above) being played at its PlayStation Experience event in December 2014, though no mention was made of a possible delay in the game's release.

The Uncharted series has been foundational for the PlayStation line's success in recent years, with 2009's Uncharted 2 selling nearly 6 million copies worldwide and Uncharted 3 shipping nearly 4 million copies on release. With Uncharted 4 pushed back in both the US and the EU, Sony is without a tentpole game in its 2015 holiday line-up. We'll have to wait until E3 2015 to see how the company fills out its schedule.

In this article: e32015, hdpostcross, naughtydog, playstation4, ps4, sony, uncharted4, uncharted4athiefsend
All products recommended by Engadget are selected by our editorial team, independent of our parent company. Some of our stories include affiliate links. If you buy something through one of these links, we may earn an affiliate commission.