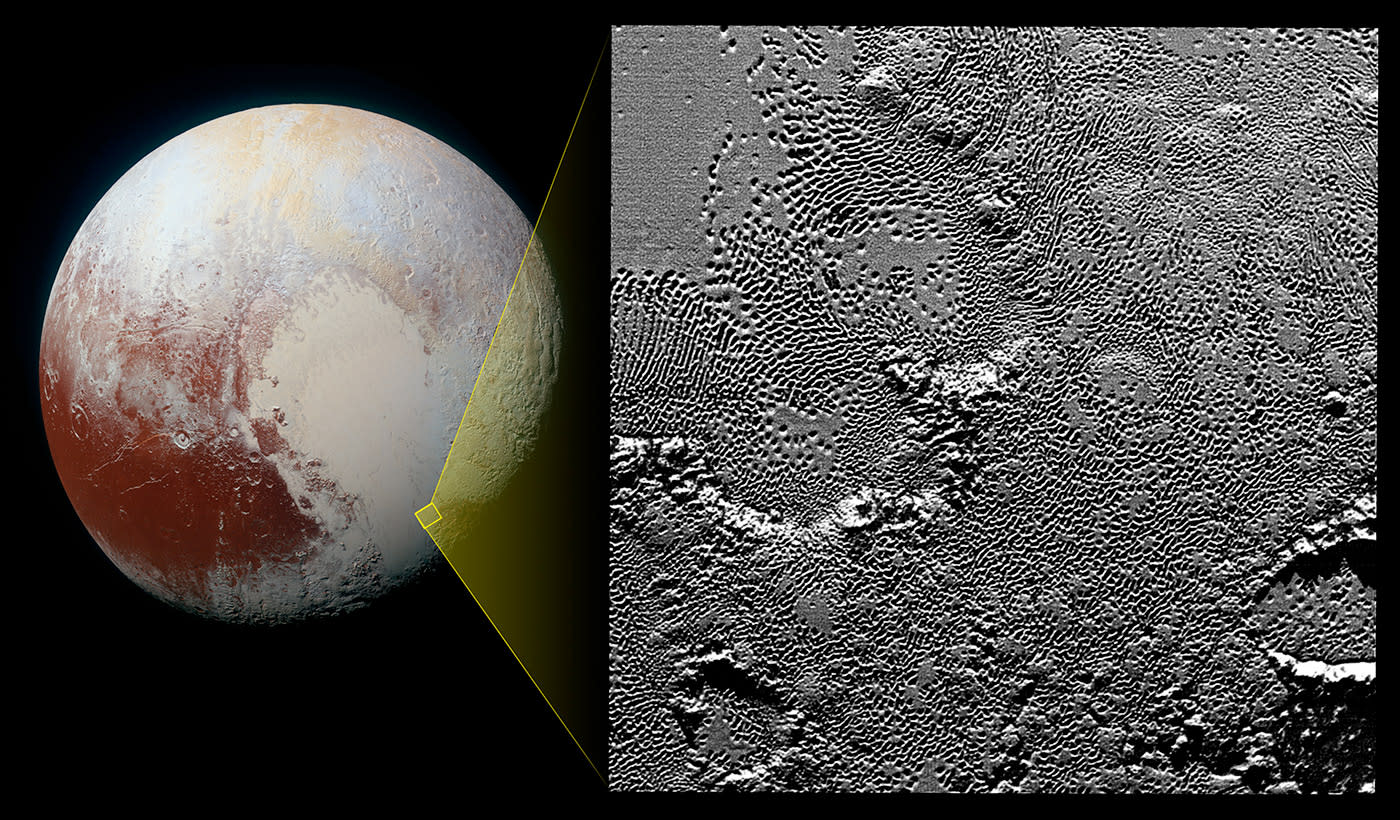 Now that you're better acquainted with Pluto's mountains and ice fields, it's time to examine its heart. We're talking about the dwarf planet's heart-shaped region called Tombaugh Regio, of course, which is prominently displayed in many of its most famous images. During New Horizons' closest flyby in July, the probe's Long Range Reconnaissance Imager (LORRI) zoomed in on the area and took photos within 9,550 miles of its surface.

As you can see, Pluto's heart is scarred with pits, which New Horizons' scientists believe may have formed due to "a combination of ice fracturing and evaporation." These pits seem to follow a pattern, and the team believes it could provide clues on the planet's ice flow and the exchange of nitrogen between its surface and atmosphere. Whatever secrets the region reveals, this is now how I'll imagine a scarred heart looks after a number of heartbreaks from now on.

In this article: NASA, newhorizons, pluto, science, space, timeline16plutomedia
All products recommended by Engadget are selected by our editorial team, independent of our parent company. Some of our stories include affiliate links. If you buy something through one of these links, we may earn an affiliate commission.