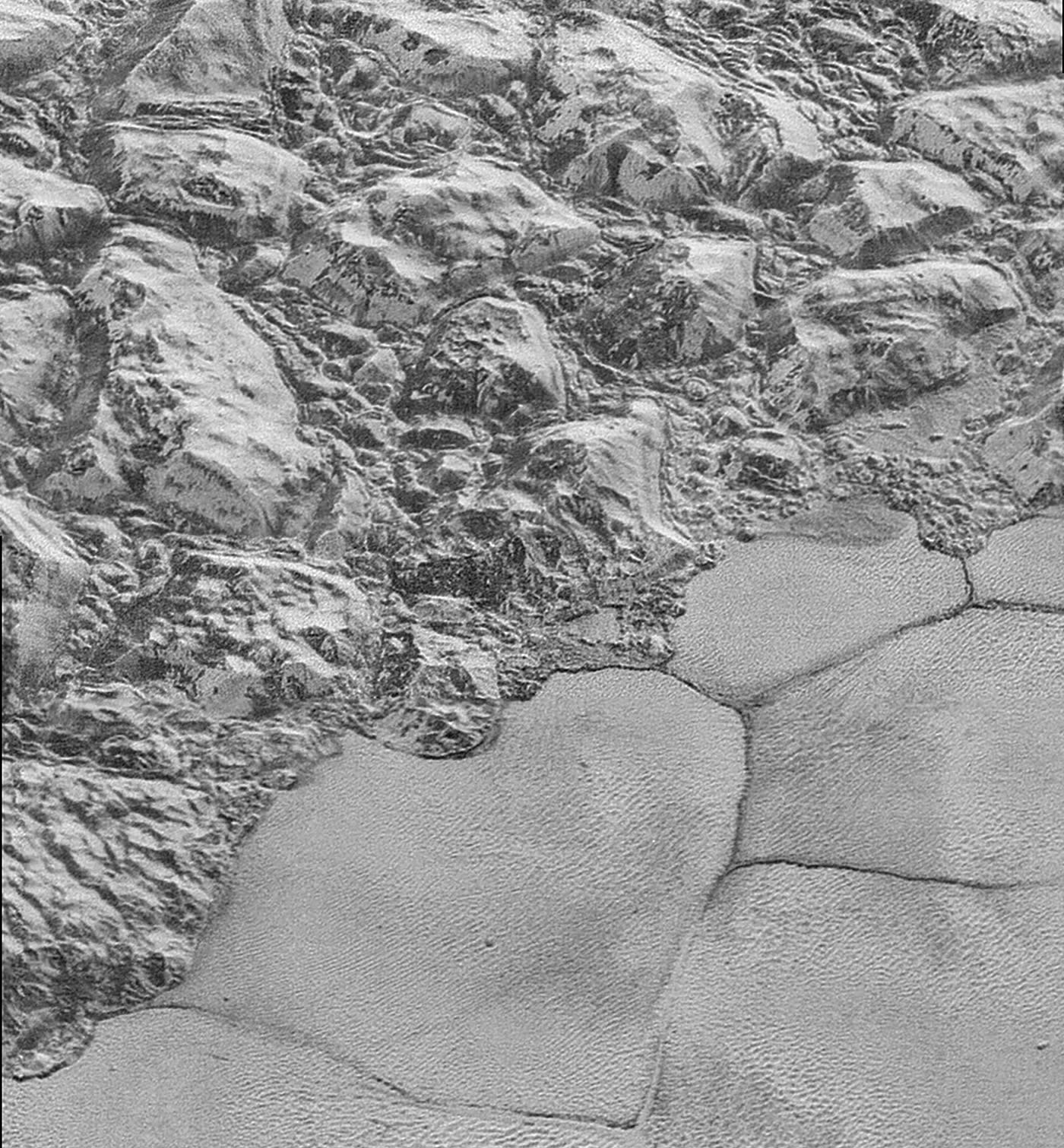 I can practically hear you groan -- more Pluto photos? Well, these are kind of special: they're the sharpest pictures the New Horizons probe took during its closest flyby in July, and NASA believes these may be the best snapshots of the dwarf planet we'll see for decades to come. These series of images captured by the spacecraft's Long Range Reconnaissance Imager (LORRI) from 10,000 miles away have a resolution of 250 to 280 feet per pixel. That makes them, according to the agency, six times better than the global Pluto map it released earlier. When stitched together, those photos form a 50-mile strip full of craters, ice fields and mountains that show up so clearly, it's as if they merely display one of the polar regions filmed from aboard a helicopter.

In this article: nasa, newhorizons, pluto, science, space, timeline16plutomedia
All products recommended by Engadget are selected by our editorial team, independent of our parent company. Some of our stories include affiliate links. If you buy something through one of these links, we may earn an affiliate commission.