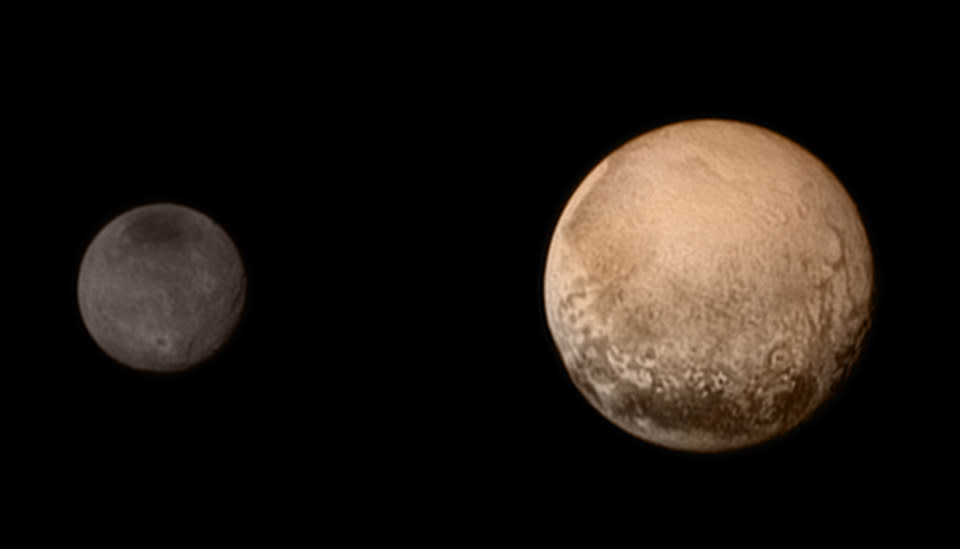 In a few hours, at 7:49 AM Eastern time, the New Horizons probe will fly 7,750 miles above the surface of Pluto, something no other spacecraft has accomplished before. Unfortunately, we can't fly with the probe as it swoops in on the dwarf planet, but we can celebrate with NASA when it happens. The agency will hold a live webcast for the event starting at 7:30AM, which you can watch in the video below the fold. After the countdown to the flyby, NASA will unveil one of the closest photos of Pluto humanity has ever taken between 8 and 9AM.

Take note that the spacecraft will get a full view of the planet's heart-shaped region during its trip, so it will likely capture the first clear photo of that crater, as well. In addition, New Horizons is expected to beam back lots of data that will help us get to know Pluto a lot better. It's already managed to gather enough info to confirm that the planet is 1,473 miles in diameter, for instance, proving that it's larger than previous estimates. You can see its size in the image above compared to its biggest moon, Charon.

Google, by the way, has launched a new Doodle that shows in a simple animated sequence how the flyby is supposed to go -- just visit google.com to watch it. But if you need something more substantial, NASA's Eye app for Mac and PC can show you a simulation of the flight, including a view that lets you see through the eyes of the probe. We'll keep you updated on the spacecraft's momentous flight, so make sure to check back later.