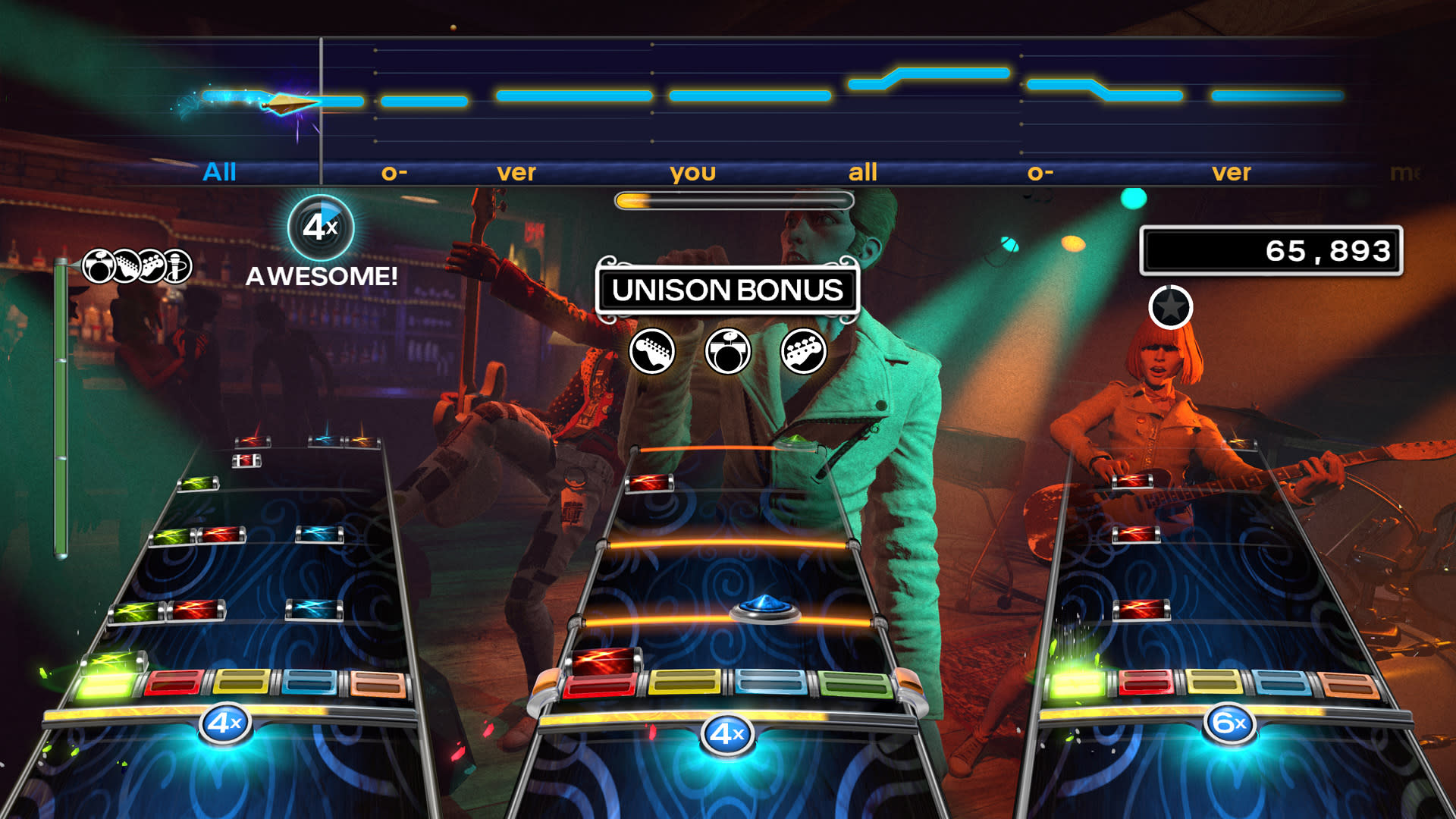 In a sign of what's to come for your favorite board game, Harmonix announced it's fixed a "gnarly" Rock Band 4 bug, and next month will deliver a patch that ends a number of scoring exploits. The bad news for players? That also means the games leaderboards will be entirely reset. While players will still have their high scores saved locally, they'll need to go again for online bragging rights. Speaking of online, in a recent blog post Harmonix said that bringing internet multiplayer to the new game is "very much on the table," but it hasn't committed to a timetable.

For the holidays, owners of the new game can finally import tracks from Rock Band 3 (for $15, provided you owned it before as detected by Harmonix's automated system), and the ability to import tracks from 1, 2 and Lego Rock Band is on deck for January. The last update reworked calibration, added a new Brutal Mode that tests Expert players by tossing new challenges at them depending on how well they're playing, and there's an Activity Feed that lets rivals keep an eye on each other more easily.

Comment from discussion We're from Harmonix, here to talk about the future of RB4 -- Ask us anything!.

Is that enough to make Rock Band 4 more than just a game for people to keep in their closet until company comes over? I'm not sure, but it certainly gives some incentives to play on a regular basis, and no matter how frequently one rocks out, I'm looking forward to fixes for a number of the issues and missing features the game launched with. In a Reddit AMA the team said this is the Rock Band game for this generation of game systems, and it seems to be moving more towards the game-as-a-service model with continuous rolling upgrades and expansions. Who knows, if they add enough features (old and new), maybe gamers will be leaving positive Amazon reviews too.

In this article: av, gaming, import, leaderboards, MusicGame, PlayStation4, PS4, RhythmGames, RockBand, RockBand4, services, update, video, XboxOne
All products recommended by Engadget are selected by our editorial team, independent of our parent company. Some of our stories include affiliate links. If you buy something through one of these links, we may earn an affiliate commission.