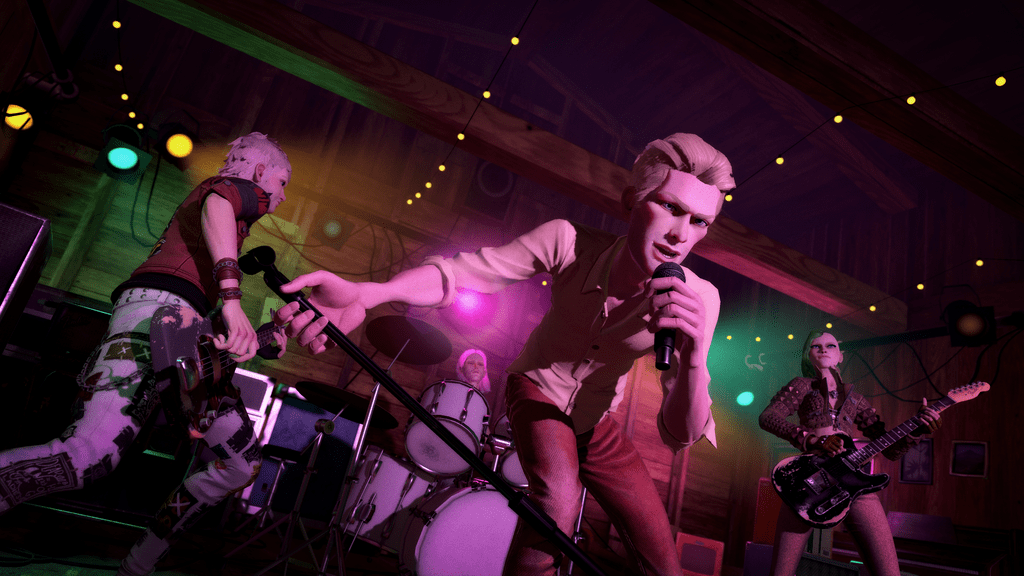 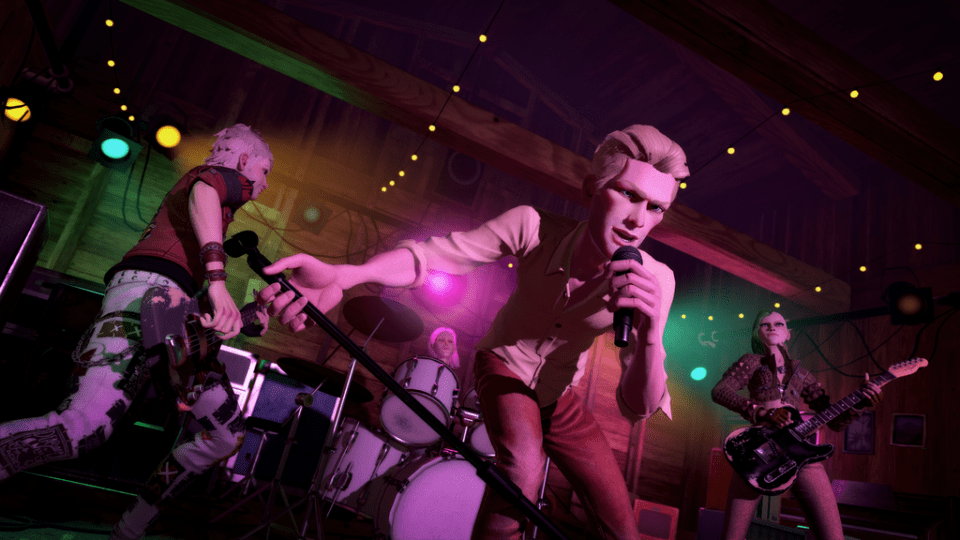 The puppies always get excited when I open the hall closet. As the heavy, wooden door slides open with a twist and a pop, my two tiny dogs run over, tails wagging, because opening that closet means one of three things: The pups are going for a walk, I need to sweep, or it's time to play Rock Band 4. My boyfriend and I store the plastic guitars in that closet, and as I slide them out, brushing past jacket sleeves and cardboard boxes, even the puppies understand what's going on. We're having a party.

In my house, peripheral-heavy music games are more like board games than video games. I don't play Rock Band 4 or Guitar Hero Live the same way I do League of Legends, Life is Strange or Fallout. I don't regularly boot up Rock Band 4 and bang on the drums for a few hours by myself, largely because I don't crave that experience when I'm alone. I enjoy playing music games exclusively with other people by my side, looking as ridiculous as I do.

2015 is the 10-year anniversary of Guitar Hero, the granddaddy of peripheral-based music games, and it signals the return of the genre after roughly four years of radio silence. When it released in October, Rock Band 4 earned the fourth-largest amount of money of any game on the market, according to the NPD. Guitar Hero Live, which launched two weeks later, came in sixth.

These stats aren't bad for two franchises that fizzled out in spectacular fashion around 2011. After an avalanche of Guitar Hero and Rock Band iterations, spin-offs and tie-ins over the years, it seemed that peripheral-based music games had finally, truly died. Players were done with the rockstar genre. I certainly was, for a long while.

But now, I'm excited to break out a new music game the same way I'd happily throw Cards Against Humanity or The Lord of the Rings Trivial Pursuit on the table. I'm thrilled to play these games, but just as I'm never going to play CAH solitaire-style, I'm disinclined to play Rock Band 4 or Guitar Hero Live as solo acts.

This is what the return of music games means to me. Most days, my Rock Band 4 instruments sit idly in the closet -- except for the drum set, which migrates around the house, from a spot behind the couch, to an awkward corner of the bedroom, to the den, and eventually back to the living room. The drums don't quite fit in that closet with the guitars, but one day we'll clean out the boxes in there and the set will have a permanent spot... One day.

I love having Rock Band 4 close at hand, even if I don't play it every day -- and I'm not alone on this one. I conducted a highly unscientific Twitter poll on December 10th that asked, "If you bought Guitar Hero Live or Rock Band 4 at launch, are you still playing it? (Why / why not?)."

Some of the responses were familiar:

@JessConditt There needs to be a "Sometimes." Choice. RB4 is great fun in a group, but the price for new guitars is absurd.

@JessConditt Yup. @rockband is still a great party game, and the return of weekly DLC is a godsend.

@JessConditt bought RB4. Stopped playing until the exports are actually implemented. Still play a tiny bit here and there.

Other responses were surprising (to me, at least):

@JessConditt Play RB4 at home at lest 5 times a week, and get together with other people who enjoy the Rock Band franchise

@JessConditt GH:L - 120hrs played and no signs of stopping. Absolutely love the game and it's DLC structure! pic.twitter.com/BghKB65vhi

@JessConditt @joystiq Got RB4 day one and still playing it pretty much every other day or so because I find it helps me stay sharp.

And at least one response was revelatory:

@JessConditt — We play together almost every other weekend, have never stopped since RB 2/3 days, even after official new DLC stopped. —

Music games are back, though that means different things to each player. To me, Rock Band 4 and Guitar Hero Live are board games. Other players use them as a nightly escape into a rockstar fantasy, or as a way to keep in touch with friends (and fellow guild members).

Whether you store your guitars in the hall closet or permanently propped against the couch, at least one thing seems certain: Puppies love music games.

@JessConditt Still playing Rock Band 4, though not as much because I have a new puppy who likes chewing the drums. Would play more w/ piano.

In this article: av, boardgame, gaming, GuitarHero, guitarherolive, MusicGames, opinion, personal computing, personalcomputing, RockBand, rockband4
All products recommended by Engadget are selected by our editorial team, independent of our parent company. Some of our stories include affiliate links. If you buy something through one of these links, we may earn an affiliate commission.