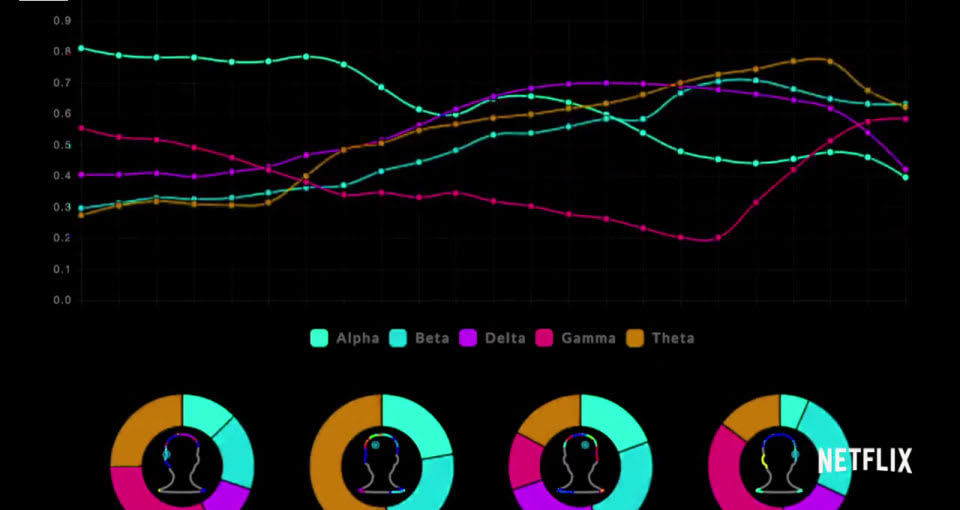 Netflix's new sci-fi adventure, Sense8, follows eight people who suddenly develop psychic powers with each other. To commemorate the series, which is directed by The Matrix's Wachowski siblings, Netflix teamed up with J. Michael Straczynski, the guy who invented Babylon 5, and technologist Patrick Gunderson to create the strangest symphony you've ever heard -- or thought.

The team scanned the brains of eight volunteers as they were shown psychedelic images specifically crafted to elicit an emotional response. Then they assigned a musical value to each resulting alpha, beta, delta and theta wave. "There is something musical about the way the brain works," Straczynski said in the making-of video below. "It's a symphony on it's own terms."

Source: The Creators Project
In this article: audio, EEG, Netflix, psychedelics, Sense8, symphony, thematrix
All products recommended by Engadget are selected by our editorial team, independent of our parent company. Some of our stories include affiliate links. If you buy something through one of these links, we may earn an affiliate commission.