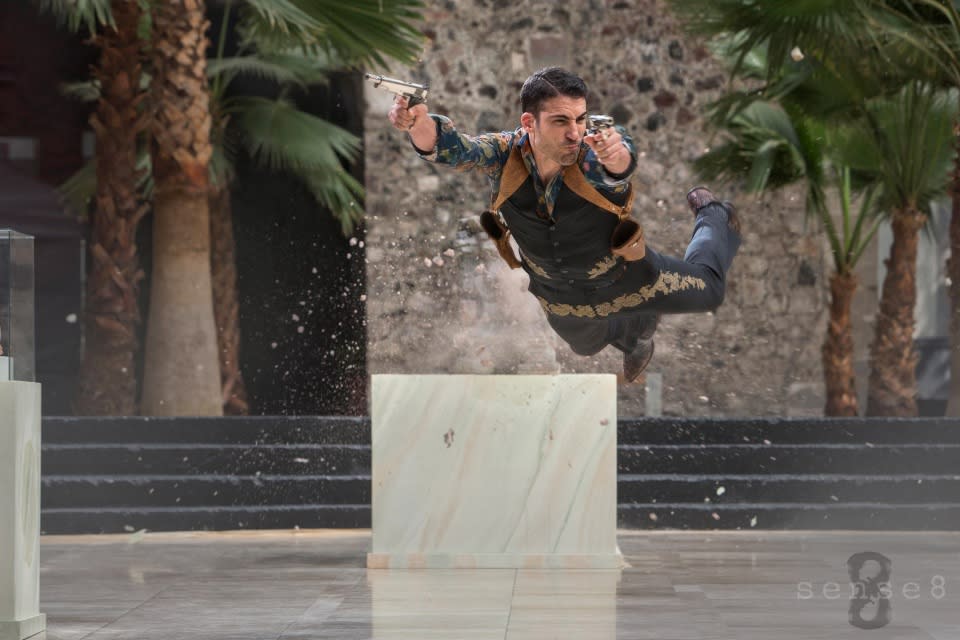 If you're all out of Daredevil, there's another geeky show coming to Netflix soon: Sense8, a new sci-fi series from the Wachowskis and Babylon 5 creator J. Michael Straczynski. We've been excited about the project since it was announced, but now we've finally got a clear idea of what it's about with a new trailer. And boy, does it look crazy. The series centers on eight strangers from all around the world who become mentally and emotionally linked. Basically, they're all able to experience what the others are feeling -- and yes, that leads to plenty of drama. The trailer shows off some Matrix-like action, but this being a Wachowski joint, we also expect it to explore plenty of metaphysical questions as well. Netflix is debuting all 12 episodes of the show on June 5 as a part of its packed summer release schedule, so start clearing out your weekends already.

In this article: hdpostcross, Netflix, Sense8, video, Wachowskis
All products recommended by Engadget are selected by our editorial team, independent of our parent company. Some of our stories include affiliate links. If you buy something through one of these links, we may earn an affiliate commission.