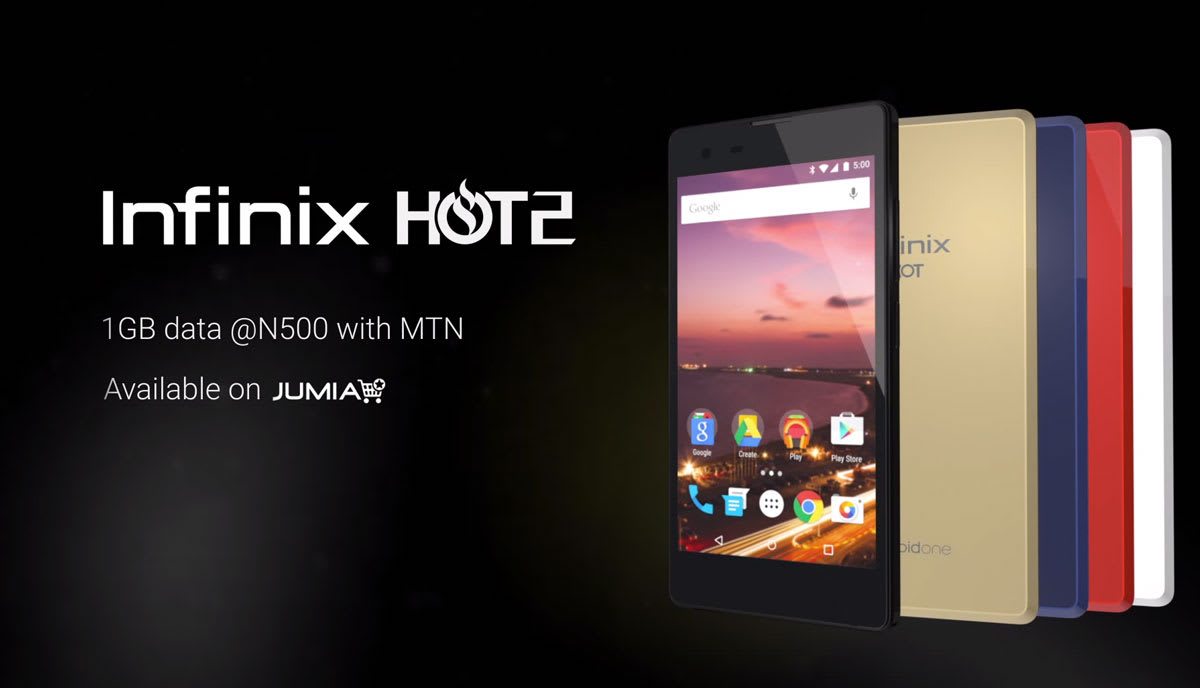 Google's program to bring cheap Android devices to developing lands has arrived in Africa with the launch of Infinix's HOT 2. The device is available today in six different countries, including Ghana, Ivory Coast and Kenya, setting locals back just just under $90. You certainly get some bang for your buck, with the HOT 2 coming with a quad-core MediaTek CPU, 1GB RAM and 16GB storage. In addition, you'll find a microSD and dualSIM card slots running down one side of the phone. Photography-wise, there's an 8-megapixel primary camera paired with a 2-megapixel forward facer, and the whole thing is topped off with a 5-inch HD screen and a 2,200mAh battery.

That spec list is impressive but also goes some way to show just how hard Google is going to have to work if it's planning on getting Android One prices down to under $50. As we reported last week, that 5-inch HD panel likely takes up a significant portion of the cost, as well as the 16GB of storage that could have easily been halved. The company believes that Africa has an appetite for more expensive devices, since the HOT 2 is also available in a premium edition with a gold paint job that comes with 2GB RAM instead of the 1GB of the standard edition.

As an Android One smartphone, the HOT 2 will come with automatic software updates, although these will be pushed to your phone at Infinix's discretion. Google has also revealed that it'll bring the same offline-playback features to African YouTubers as it currently does in Asia. If you're unfamiliar, people in bandwidth-strapped nations are able to save a clip to their phone for 48 hours, although there's more than a few caveats you'll have to deal with first.

Source: Google
In this article: Africa, AndroidOne, Google, HOT2, Infinix, InfinixHOT2, mobilepostcross
All products recommended by Engadget are selected by our editorial team, independent of our parent company. Some of our stories include affiliate links. If you buy something through one of these links, we may earn an affiliate commission.