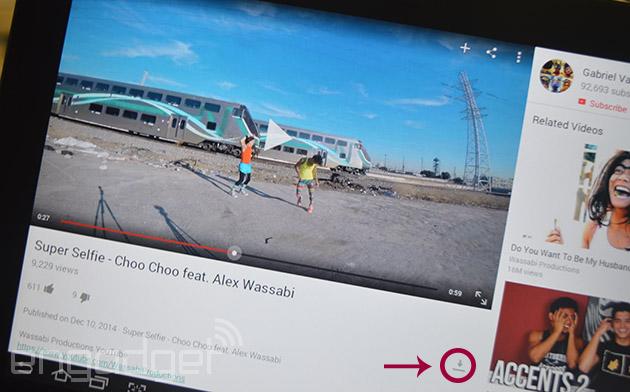 YouTube has finally launched the offline viewing feature it promised in 2013 -- but you can only download videos to watch without internet connection if you're an Android user in India, Indonesia or the Philippines. Google says it's making "much of popular YouTube content" from within the region available to view offline (meaning, anything uploaded from the US and other countries is a no-go) but we honestly had a tough time finding downloadable videos. When you do find one, you merely need to tap the download button in the description and choose the playback quality you want. Anything you save will be accessible for 48 hours in the offline section on the left-hand sliding menu. Mountain View has chosen these countries instead of launching the feature stateside, because: "Asia has proven itself to be a mobile-first world in terms of smartphone adoption, but access to high-speed, affordable data remains a big challenge." Akamai, a cloud services provider in the US, released a report this year, naming India as the Asian country with the slowest internet. Connection speeds in Indonesia and the Philippines aren't that much better either. Also, many people in these countries don't even have access to 3G, much less LTE, and this gives them the option of downloading videos before leaving home.

In this article: asia, google, India, indonesia, mobilepostcross, OfflinePlayback, Philippines, youtube
All products recommended by Engadget are selected by our editorial team, independent of our parent company. Some of our stories include affiliate links. If you buy something through one of these links, we may earn an affiliate commission.