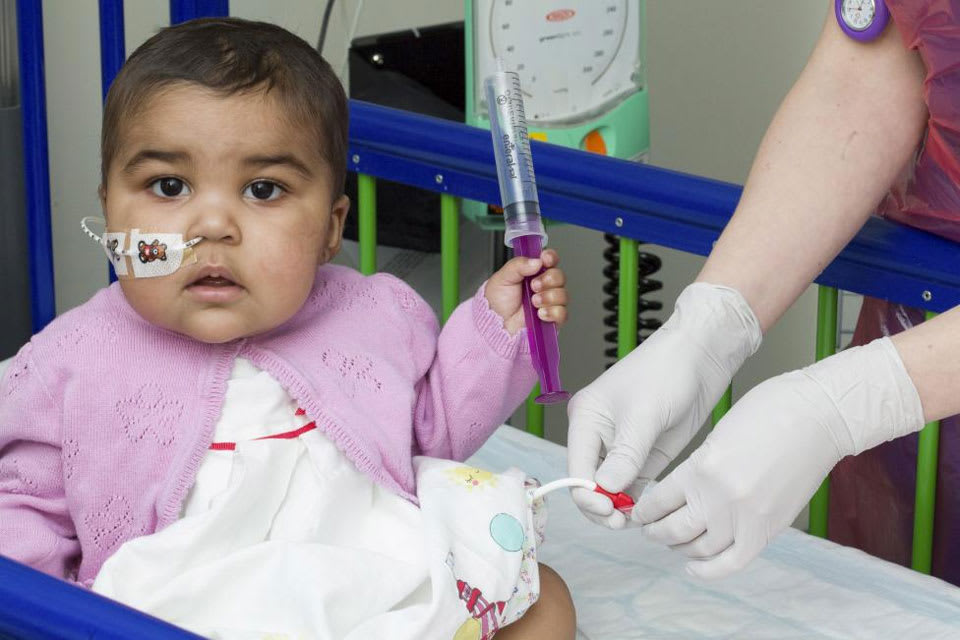 Doctors at Britain's Great Ormond Street Hospital believe that they're on the cusp of a breakthrough in how to treat genetic diseases. Researchers have successfully -- so far -- implemented a method of editing genes that can seek out and eliminate conditions without the use of drugs. It's very early days as yet, but the procedure has already been used to save the life of a one-year-old with a terminal case of drug-resistant leukemia.

The child had failed to respond to conventional treatment, and so doctors opted to try gene editing as a last-ditch attempt. They recruited University College London's Professor Waseem Qasim, who is currently attempting to use gene therapy as a more effective cancer treatment. Together, they engineered healthy immune cells from donors that did one thing: find and kill the offending leukemia.

It wasn't easy, since the cells had to be programmed to identify a unique protein, CD19, that's only found in lymphoblastic leukemia. In addition, the treatment had to be designed to appear as the patient's own immune cells, or else her own body would have tried to destroy the cure.

Until now, the procedure had only ever been treated in mice under lab conditions, and was clearly something of a hail Mary. Thankfully, it seems to have worked and the girl in question is currently alive and well, albeit undergoing constant testing to ensure the leukemia hasn't returned.

It's easy to get excited about the potential of this technique, but it's yet to be presented for peer-review, since the findings will be initially reported at a conference this December. That said, there currently plans underway for a wider clinical trial of the procedure, so let's hope that plenty more little kids will benefit from this breakthrough.

Via: Reuters
Source: New Scientist, GOSH
In this article: Cancer, GeneEditing, GeneTherapy, GOSH, GreatOrmondStreetHospital, Leukaemia, leukemia
All products recommended by Engadget are selected by our editorial team, independent of our parent company. Some of our stories include affiliate links. If you buy something through one of these links, we may earn an affiliate commission.