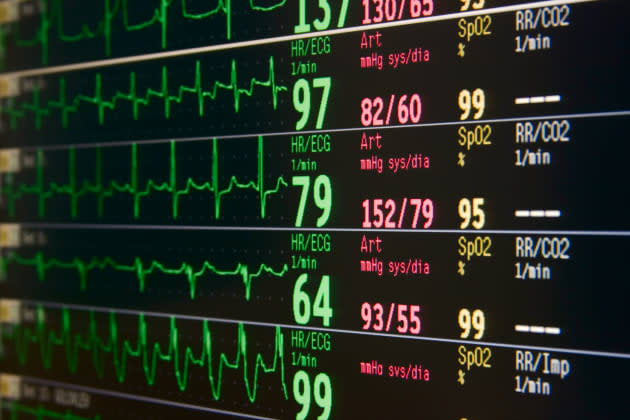 It's pretty amazing that humanity has invented a small electrical device that can be used to ensure a heart keeps a steady beat, but pacemakers have to be maintained, replaced -- sometimes they can even become infected. Researchers say they're working on a less invasive solution: a "biological pacemaker." It's a form of gene therapy that implants the heart with a gene-carrying virus that creates a "sino-atrail node," a collection of neurons that acts as a natural metronome for the body's most important muscle.

In a recent study, Researchers were able to improve the heart rate of 12 pigs with heart conditions by injecting the gene into a specific area of their hearts. Within two days of injection, the animal's hearts started keeping a regular pace, and were reporting stronger heartbeats than those of the pigs in the pacemaker-equipped control group. After two weeks, however, the pig hearts started to regress to their irregular repetitions -- the gene is delivered via virus, and the animal's natural immune system eventually tries to fight off the therapy.

Eugenio Cingolani, the study's author, says that the team is working on long-term experiments to assess the viability of the technology, and hopes to start human trials in the next few years. If successful, the therapy could be used to treat unborn infants with heart defects while still in the womb. Eventually, it may even replace pacemaker technology altogether -- virtually eliminating the possibility of infection. Just think: you'll never have to replace your heart's batteries ever again.

In this article: genes, GeneTherapy, genetics, pacemaker, science
All products recommended by Engadget are selected by our editorial team, independent of our parent company. Some of our stories include affiliate links. If you buy something through one of these links, we may earn an affiliate commission.