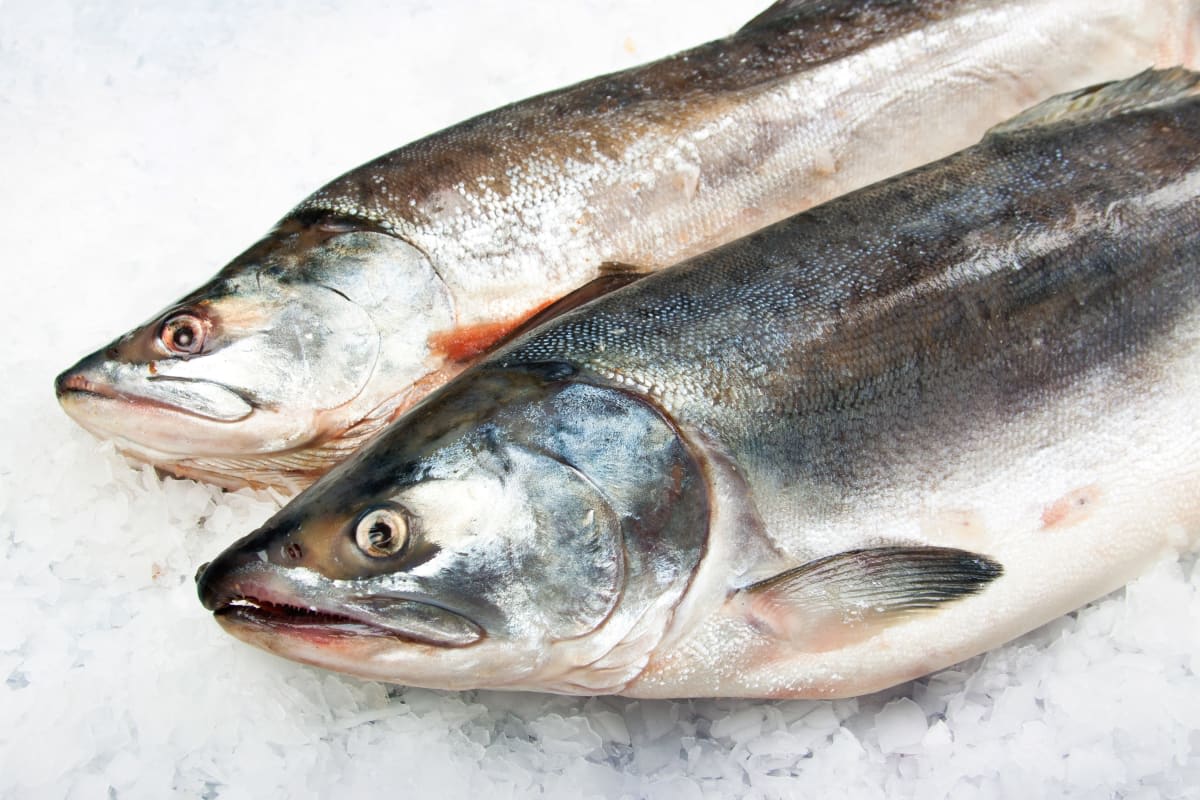 In a landmark decision more than two decades in the making, the US Food and Drug Administration announced its approval of a genetically modified Atlantic Salmon variant on Thursday. The AquAdvantage salmon, which was initially developed back in 1989 and submitted for approval in 1995, grows far faster than its conventionally bred brethren. The FDA has deemed it safe for human consumption, equally nutritious as other salmon varieties and not dangerous to the environment. And since the GMO salmon is considered nutritionally equivalent to regular salmon supermarkets will be able to carry the fish without having to label them being GMO.

These salmon started out as regular Chinooks but have had their growth regulation gene modified with the DNA from the ocean pout fish. This extra bit of DNA, called a promoter, help boost the expression of the salmon's growth gene, making the fish get bigger, faster. In fact, these salmon reach harvest size in half the time as their conventional cousins.

The FDA is ensuring that these fish remain benign to their environment by fully segregating them from the ocean. According to the agency's announcement,

These salmon will spend their entire lives at two inland tank facilities -- one in Canada that will handle their breeding and another in Panama that will raise them to harvest. Each facility will reportedly be outfitted with multiple physical barriers like tank nets, jump shields and closed septic systems to prevent escape. What's more, the Panama facility will only house sterilized females. Plus the natural water temperatures in Panama are warm enough to quickly kill salmon so even if they get out, they won't get far.

Of course, no amount of research, deliberation and safeguards are enough to assuage the fears of some groups. Biotech-watchdog group, The Center for Food Safety, has already expressed outrage at the decision and has vowed to sue the FDA to block the sale of these salmon. "The review process by FDA was inadequate, failed to fully examine the likely impacts of the salmon's introduction, and lacked a comprehensive analysis." Andrew Kimbrell, executive director of Center for Food Safety said in a statement. "This decision sets a dangerous precedent, lowering the standards of safety in this country. CFS will hold FDA to their obligations to the American people." The group cites a 2013 study by Canada's Department of Fisheries and Oceans that warns of a "high" risk to natural populations should modified salmon somehow escape.

Via: Mother Jones, Ars Technica
Source: US FDA
In this article: AquaAdvantage, AtlanticSalmon, Canada, Center for Food Safety, DNA, FDA, FoodAndDrugAdministration, GMO, health, Panama, Salmon, USA
All products recommended by Engadget are selected by our editorial team, independent of our parent company. Some of our stories include affiliate links. If you buy something through one of these links, we may earn an affiliate commission.