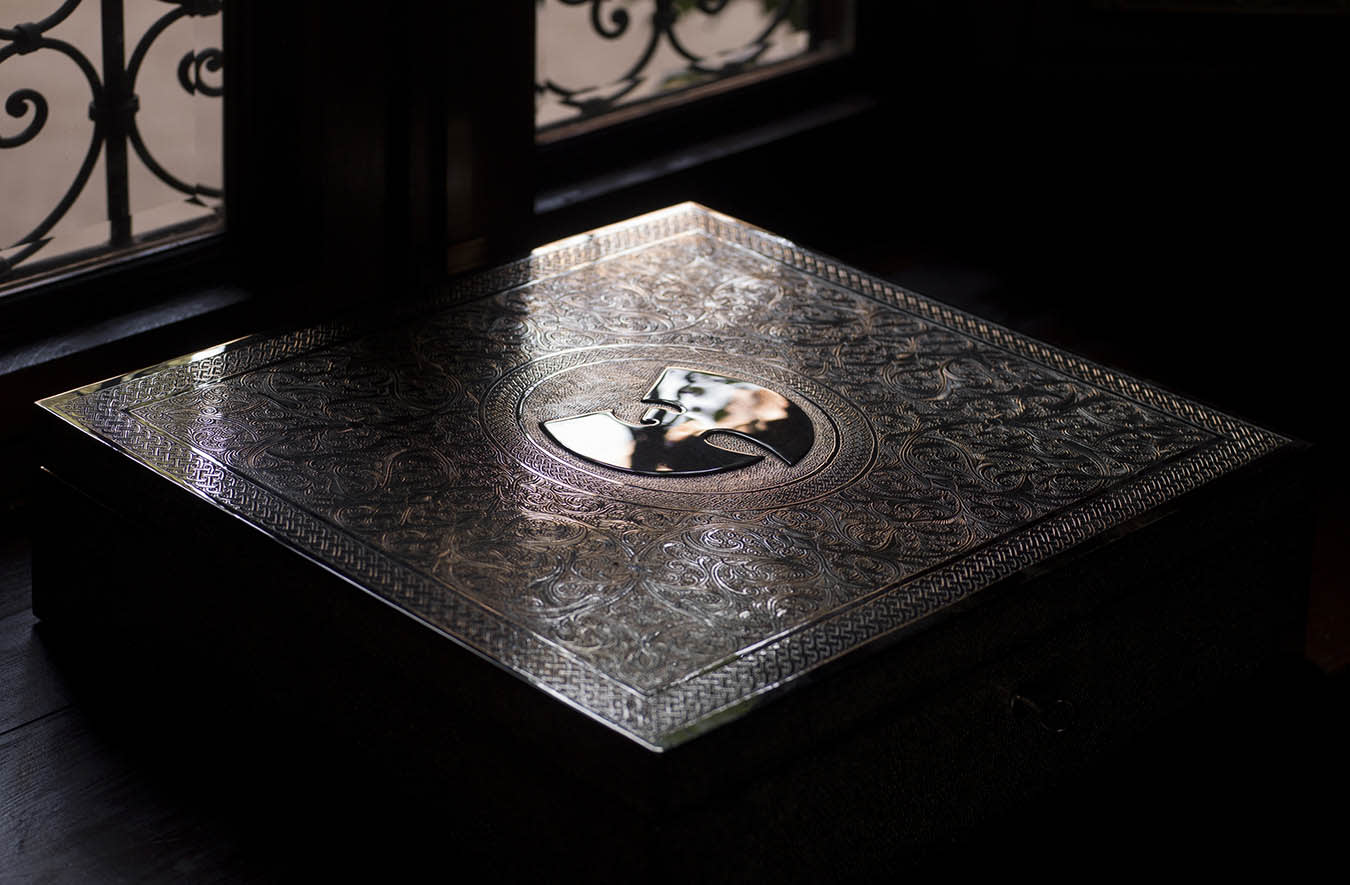 Martin Shkreli has a strong claim to be the most hated man on the internet, and his latest obnoxious display of wealth is about to piss off plenty of hip hop fans. Bloomberg has learned that the smirking hedge fund mogul was the mysterious buyer of the Wu-Tang Clan's one-off album, Once Upon A Time in Shaolin. As part of the deal, Shkreli is now the only person in the world that's entitled to listen to the work, with public broadcast blocked until 2103 at the very earliest.

You might not know his name, or the face, but you do know the one thing that he is most famous for. After all, he's the arsehole that bought the life-saving AIDS drug, Daraprim, and raised the price from $13.50 to $700 per pill. According to the Wu-Tang Clan's RZA, the $2 million deal was signed before Shkreli's misdeeds were public knowledge. Having learned the truth, the musician has told the news agency that the bulk of the Shaolin fee will be donated to charity.

The pharmaceuticals boss seems determined to rub salt into the wounds of fans, happily admitting that he hasn't even listened to the album. He has said that he'll save the moment for a "rainy day," unless Taylor Swift calls him up and demands to hear it. A team of fans had attempted a rival purchase, hoping to raise $5 million in order to secure the album for mass consumption. Unfortunately, the Kickstarter only garnered $15,406, forcing the group to turn to private buyers. Presumably they were expecting that one of those nice, scrupulous people that just happens to have $2 million in their back pocket would have bought it instead.

Source: Bloomberg
In this article: av, culture, entertainment, internet, MartinShkreli, OnceUponATimeInShaolin, TL17NTFW, WuTang, WuTangClan
All products recommended by Engadget are selected by our editorial team, independent of our parent company. Some of our stories include affiliate links. If you buy something through one of these links, we may earn an affiliate commission.