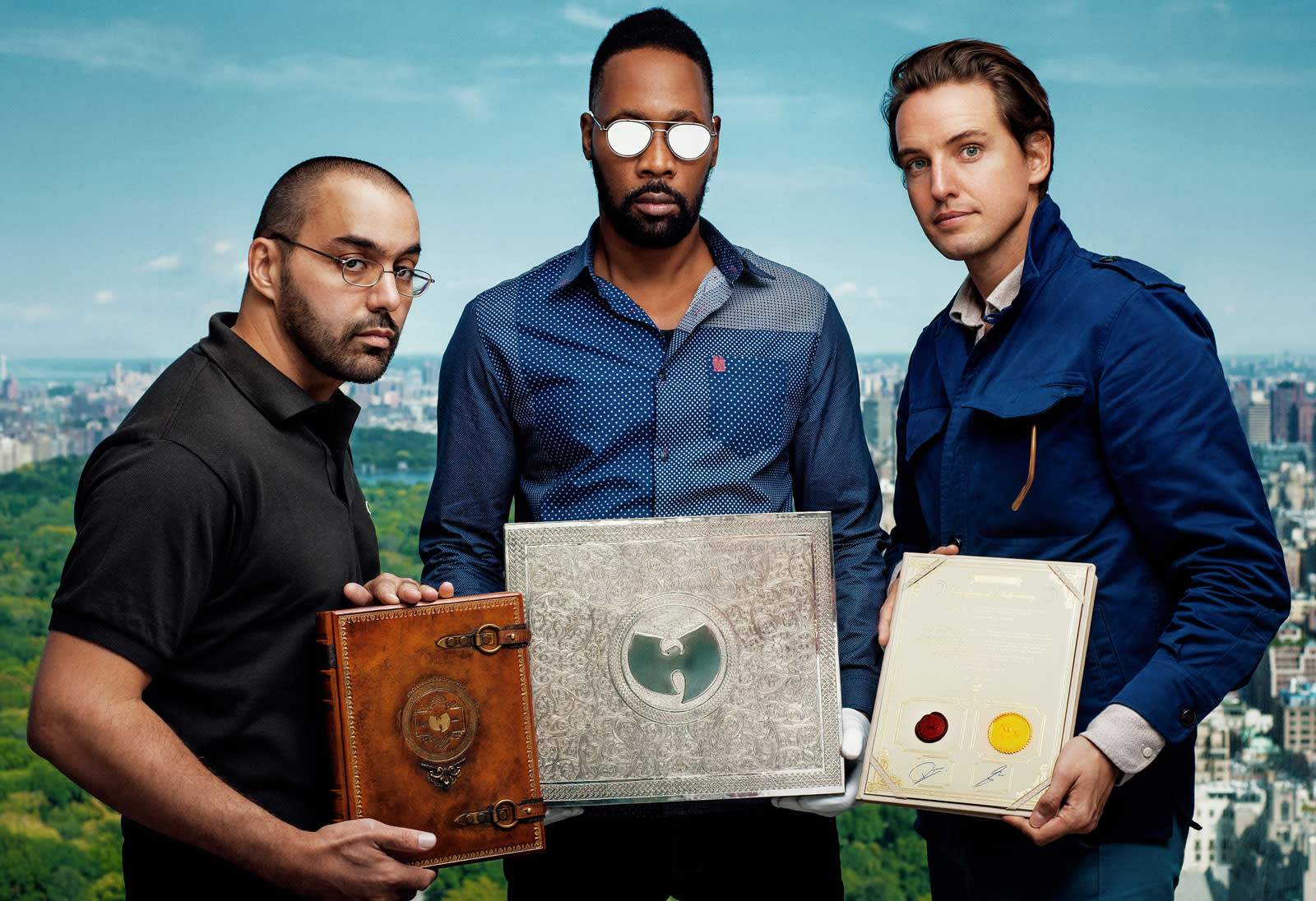 Remember Wu-Tang Clan's Once Upon a Time In Shaolin album? The group spent nine years recording 31 tracks for a special LP, then decided to sell just one copy of it -- for a very high price, of course. It was finally purchased by a private American collector for "millions," according to Forbes. The deal was completed in May, but the contract was finalized only recently. The buyer will get to listen to the album now, but won't have the right to release it publicly for another 88 years. "The Wu-Tang Clan has always been driven by innovation, and this marks another moment in musical history," said co-founder RZA. He added that "we hoped that this concept would inspire debate and new ways of seeing creativity."

Gallery: Wu-Tang Clan 'Once Upon a Time in Shaolin' album sale | 8 Photos 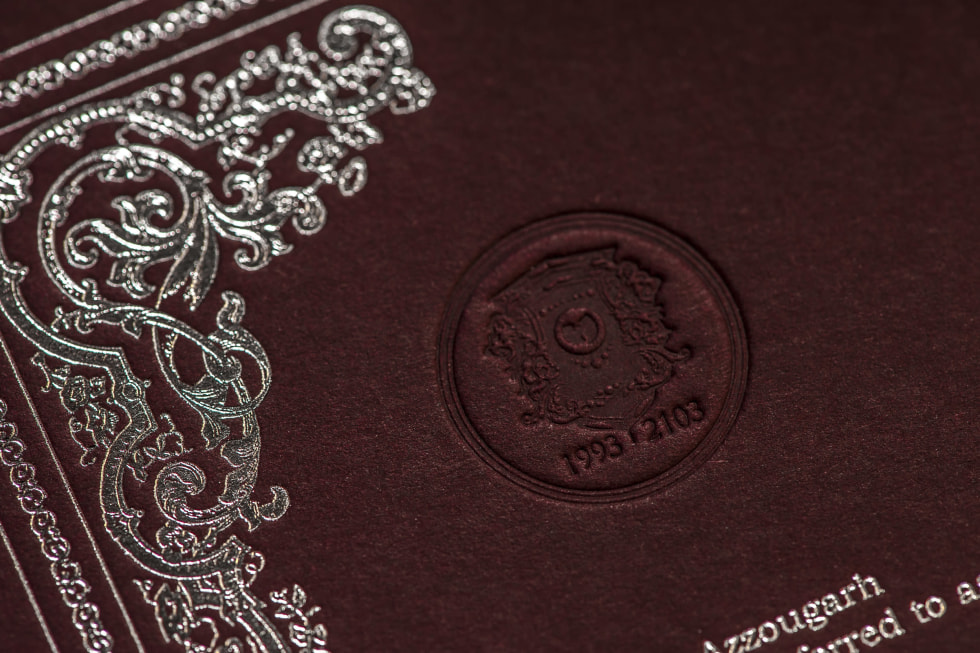 It certainly did that. A Kickstarter group tried (and failed) to raise enough funds to purchase the album and place it in the public domain. The goal was to prevent "some über-rich bastard from keeping it to himself like a collector's item," which is, of course, exactly what happened. Wu-Tang Clan did pledge to donate a good portion of the proceeds to charity, and also said the project was about the ownership of artistic works. "We pioneered a new type of intellectual property regarding the sale of a work that is simultaneously physical and digital, creating previously unexplored legal protections for a unique work that cannot be reproduced."

We pioneered a new type of intellectual property regarding the sale of a work that is simultaneously physical and digital, creating previously unexplored legal protections for a unique work that cannot be reproduced

All backup copies of Once Upon a Time in Shaolin have now been erased, and the buyer will receive the sole remaining copy in a silver-plated jewel box. It also includes 174-page manuscript printed on leather-bound, gilded Fedrigoni Marina parchment with lyrics, credits and the story behind each song. Wu-Tang Clan also threw in pair of customized $55,000 PMC MB2-XBD speakers. That will let the buyer listen to the album in style, but the rest of us peons will have to wait quite some time to hear it.

Wu-Tang Clan completes sale of one-of-a-kind album Once Upon A Time in Shaolin... through Paddle8

Paddle8 is pleased to announce that the sole copy of the Wu-Tang Clan's album, Once Upon A Time in Shaolin..., has sold to an American buyer for an undisclosed figure in the millions. The album is a unique work of art that was available for sale to one single collector, with no physical or digital duplicate in existence.

The sale represents the final chapter in the Wu-Tang Clan's ambitious project to restore both economic and experiential value to music by presenting an album as a unique work of art. Stored in a vault at the luxurious Royal Mansour hotel in Marrakech, Morocco since its completion in 2013 last year, Once Upon A Time in Shaolin...includes contributions by the entire surviving Wu-Tang Clan, and marks a historic moment in the group's three-decade career. As The Independent wrote upon the announcement of the album's intended distribution, it serves as "a challenge to the increasing disposability of music in the digital era." The concept was spearheaded by the group's de facto leader, The RZA, and long-time Wu-Tang-affiliated producer Cilvaringz, who conceived the idea of selling a single copy as a work of art.

In March, the Wu-Tang Clan announced Once Upon A Time in Shaolin... would be available for private sale exclusively through Paddle8, and launched a special site with a provisional track list and interviews with Wu-Tang Clan founding member RZA at paddle8.com/wu-tang. RZA, Cilvaringz, and Paddle8 also collaborated with MoMA PS1 to organize an intimate listening event and panel with Genius editor Sasha Frere-Jones, presenting the album within the context of a fine-art museum and featuring a never-before-heard, 13-minute medley of tracks from Once Upon A Time in Shaolin.... The event, which was attended by some of the most influential leaders of the art world, 36 fans, prospective buyers, and select members of the media, served as the first and only time that the public would hear excerpts from this album for 88 years, as stipulated by the terms of the sale. The response from music critics was overwhelmingly positive, with Rolling Stone writing: "simply put, if the full, 128-minute Once Upon A Time In Shaolin... is as solid as the 13 minutes heard on Mondaynight, it could be the group's most popular album since 1997."

Over the intervening six months, Paddle8 served as agent of the sale and worked closely with select representatives from the Wu-Tang Clan to vet potential offers for the album. The ultimate buyer is a private American collector. The buyer and seller agreed to the sale in May, and spent months finalizing contracts and devising new legal protections for a distinctive work whose value depends on its singularity. Paddle8 was represented by Pearlstein & McCullough LLP in the transaction.

While conceived and introduced as a work of art, this sale also achieves a new record for the price of a single album and places the Wu-Tang Clan among a select pantheon of musical artists. It surpasses the $300,000 paid earlier this year for a rare acetate recording of Elvis's first song (purchased by Jack White), as well as the estimated $306,000 value of That'll Be the Day, the sole album by The Quarrymen—the band that evolved into the Beatles—owned by Paul McCartney.

"The Wu-Tang Clan have always been driven by innovation, and this marks another moment in musical history. From the beginning, we hoped that this concept would inspire debate and new ways of seeing creativity. Both of those goals have been achieved, and the ideas continue to evolve. As this was never about personal gain but about the essence of value, we have donated a significant portion of our profits to a variety of charities including The Truth About Cancer to support their global quest for alternative cures for cancer, as well as to the Children Literacy Society to help inner city children learn to read and focus on academics. We hope that the impact of this historical sale will echo through the ages and maybe remind us every now and then that music is a great art form that should be valued as such." – RZA, Wu-Tang Clan founding member

"I'm pleased that we were able to execute and conclude a concept that many said was impossible. From the day we announced this work, it became more and more evident how unique this approach to music really was. From the unconventional way the album was recorded in secret to creating new legal structures for a sale that had no precedent, it has been a fascinating journey and I'm pleased to have seen this idea evolve from a rebellious impulse into a memorable cultural achievement." – Cilvaringz, Wu-Tang Producer

"Paddle8 is delighted that we have, in collaboration with RZA, Cilvaringz and the Wu-Tang Clan, placed Once Upon a Time in Shaolin... in private hands. We pioneered a new type of intellectual property regarding the sale of a work that is simultaneously physical and digital, creating previously unexplored legal protections for a unique work that cannot be reproduced. This marks an exciting new model of distribution for the music world and we look forward to playing an ongoing role in this innovative model. We congratulate RZA, Cilvaringz and the Wu-Tang Clan on this historic sale and the apotheosis of their vision." – Alexander Gilkes, cofounder, Paddle8

In this article: Album, av, collector, one-off, sale, Shaolin, TL17NTFW, Wu-TangClan
All products recommended by Engadget are selected by our editorial team, independent of our parent company. Some of our stories include affiliate links. If you buy something through one of these links, we may earn an affiliate commission.