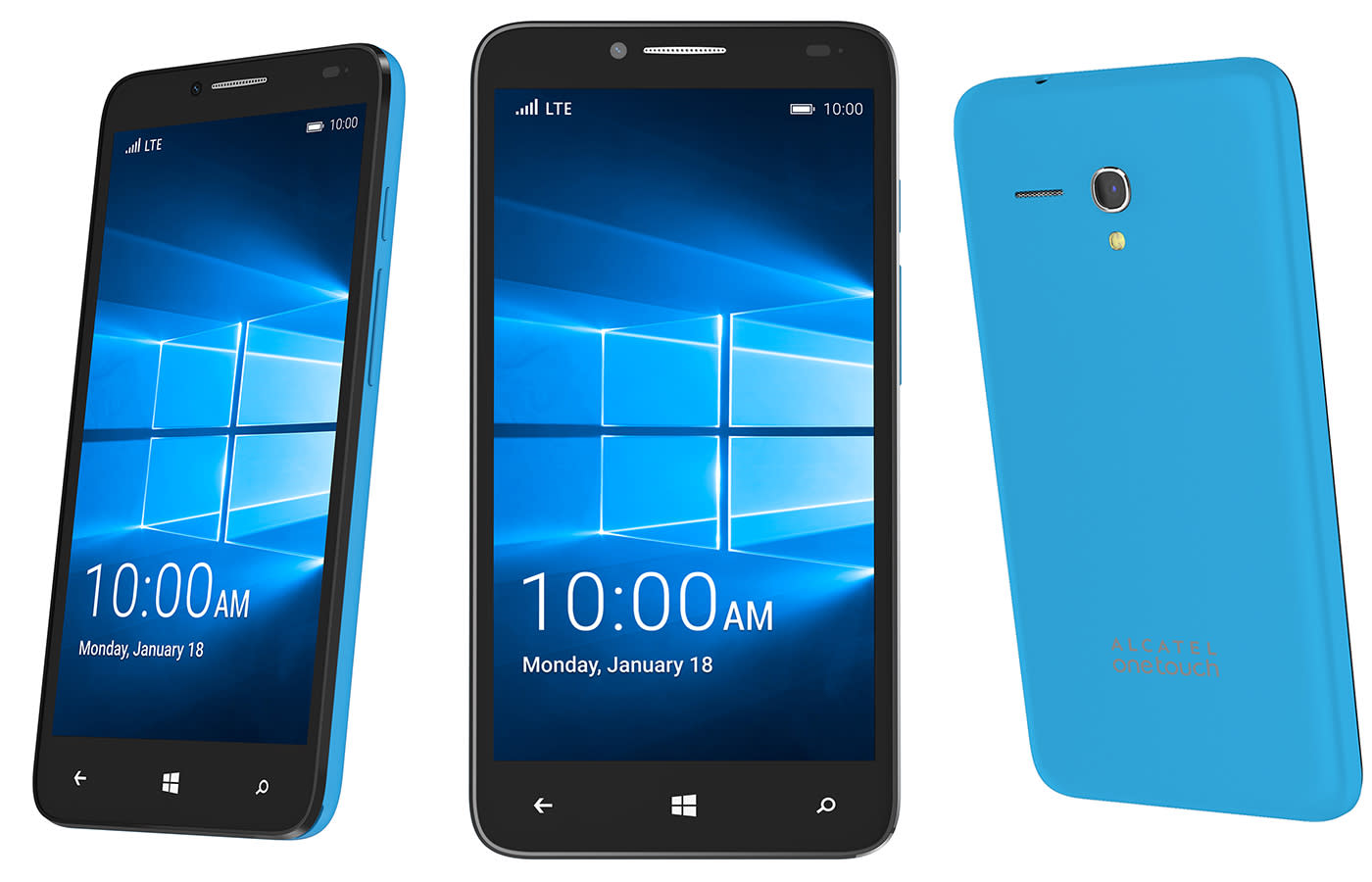 Say whatever you want about Windows 10 Mobile, but the folks over at T-Mobile reckon there's still a demand for this relatively niche player, which is why it's partnered with Alcatel OneTouch to deliver something "affordably priced" to begin with. In fact, if you recall the $139 Android-powered Fierce XL from a couple of months ago, it's basically that but running on Windows 10 with all the Office and Cortana goodies; and oddly enough, it's keeping the same name. Spec-wise, you still get a 5.5-inch 720p display, Qualcomm's quad-core 1.1GHz Snapdragon 210 chipset, 2GB of RAM, 16GB of storage, microSD expansion of up to 32GB, a 2,500 mAh battery, Cat 4 LTE and VoLTE. As for cameras, it's 8 megapixels on the back and 2 megapixels on the front. There's no word on the actual pricing just yet, but this new Fierce XL will be hitting T-Mobile stores in the coming weeks.

Update: A T-Mobile rep has confirmed that the phone will be available for $139.99 in one payment, or $0 downpayment and less than $6 per month.

In this article: alcatel, alcatelonetouch, ces2016, fiercexl, gear, mobile, phone, smartphone, t-mobile, tmobile, windows10mobile
All products recommended by Engadget are selected by our editorial team, independent of our parent company. Some of our stories include affiliate links. If you buy something through one of these links, we may earn an affiliate commission.