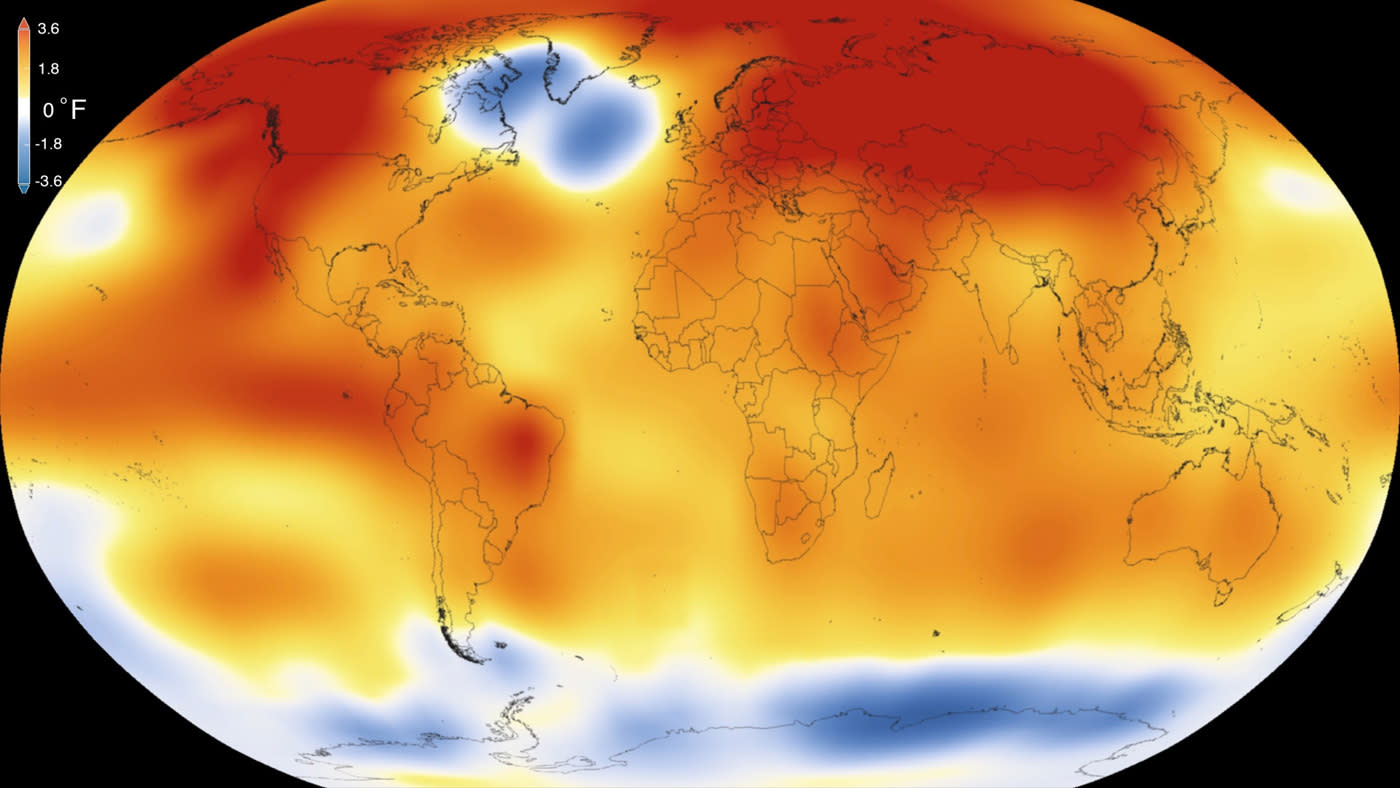 If you needed further signs that humans are likely warming the planet, you just got it. NASA and NOAA have independently determined that Earth surface temperatures in 2015 were the hottest since record-keeping began in 1880, beating the 2014 average (the previous record) by a sizeable 0.13 degrees Celsius. Most of the on-record warming happened within the past 35 years, too. And you can't pin this on weather patterns like El Niño. While those conditions certainly contributed to 2015's higher temperatures, it was the "cumulative effect" of decades of warming that led to the new high.

The data also suggests that the Paris climate change deal was particularly timely. The agreement has most countries pledging to keep the global temperature increase to less than 2C over pre-industrial levels. Well, the NASA/NOAA studies show that the increase passed 1C for the first time last year -- there isn't a lot of breathing room left. Humanity may have to step things up if it wants to keep the Earth's temperatures in check.

In this article: climate, climatechange, earth, globalwarming, green, nasa, noaa, science, temperature, video
All products recommended by Engadget are selected by our editorial team, independent of our parent company. Some of our stories include affiliate links. If you buy something through one of these links, we may earn an affiliate commission.