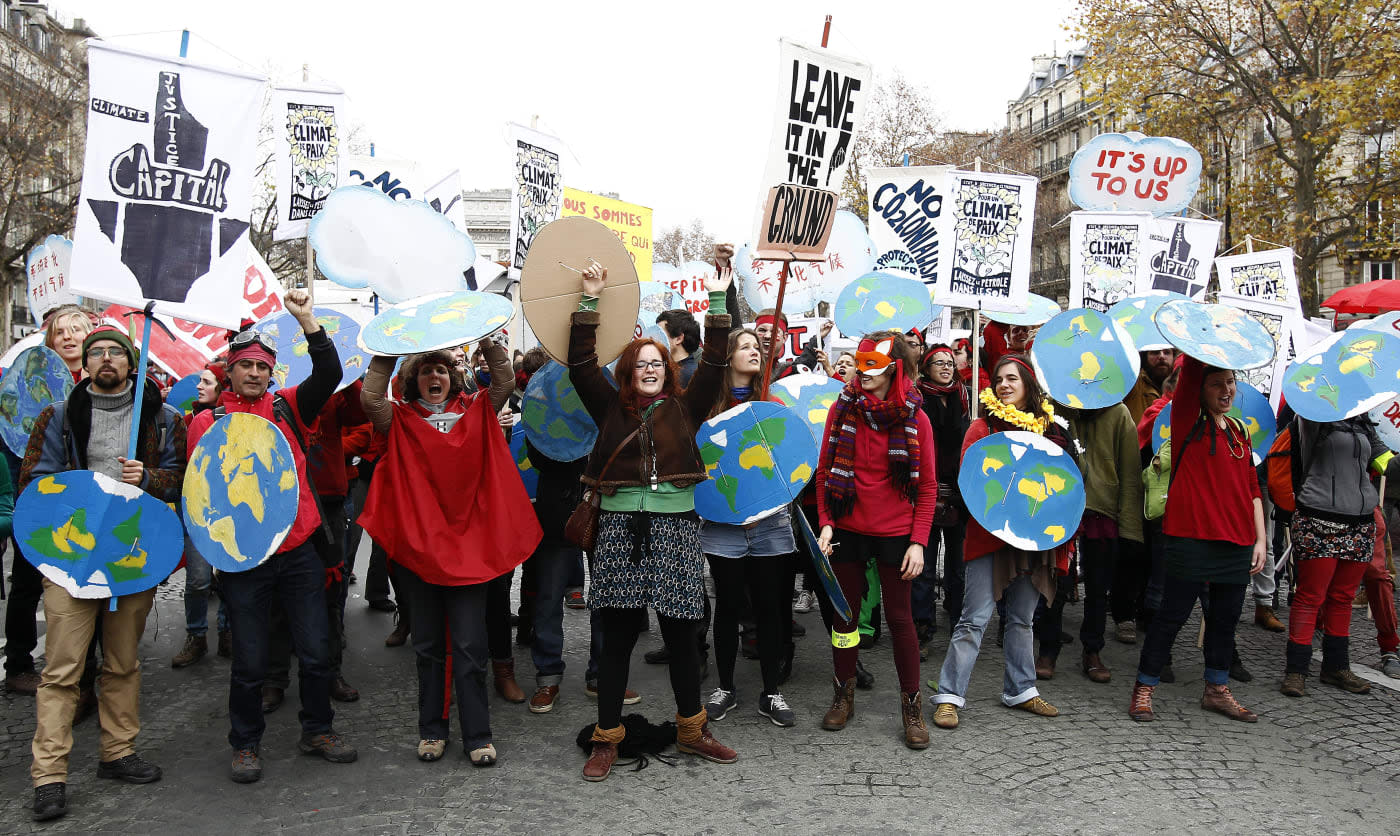 After weeks of work, the United Nations is on the cusp of reaching a deal to prevent climate change... hopefully. A just-published final draft agreement sets some clear targets that include a hefty amount of cooperation. The deal would limit the global temperature increase to "well below" 2 Celsius above pre-industrial levels, and reach a balance in greenhouse gas emissions (that is, as many offsets as there are emitters) by the second half of this century. There would be a progress review every five years, and developing countries would get a helping hand to the tune of $100 billion per year as of 2020.

They're significant goals, and they're likely to please island nations that face the threat of flooding as sea levels rise. However, this is assuming that the 195 countries involved both vote in favor of the deal (update: they have) and hold up their end of the bargain. You see, the pact isn't completely binding. That's a concession to make sure the deal flies in countries like the US (where the political right would block any mandatory deal), but a blow to anyone who wanted guaranteed progress. As it stands, there's an exception for China, one of the biggest polluters -- it had already set an emissions target for 2030, and won't have to revisit its goals until 2020.

There's also the question of whether or not the targets go far enough. While the under-2C temperature objective is meaningful, there's a concern that increases above 1.5C could still lead to catastrophic changes in some parts of the world. And let's face it, that mid-century emissions target is distant -- a lot could happen in 35 years. The document may prevent the worst, but it may be far from ideal.

Update: Sure enough, the countries have voted for the agreement. There were signs that was likely (China, India and numerous developing countries had voiced support), but it's now a done deal.

In this article: agreement, carbondioxide, climatechange, emissions, environment, green, politics, pollution, science, un, unitednations
All products recommended by Engadget are selected by our editorial team, independent of our parent company. Some of our stories include affiliate links. If you buy something through one of these links, we may earn an affiliate commission.