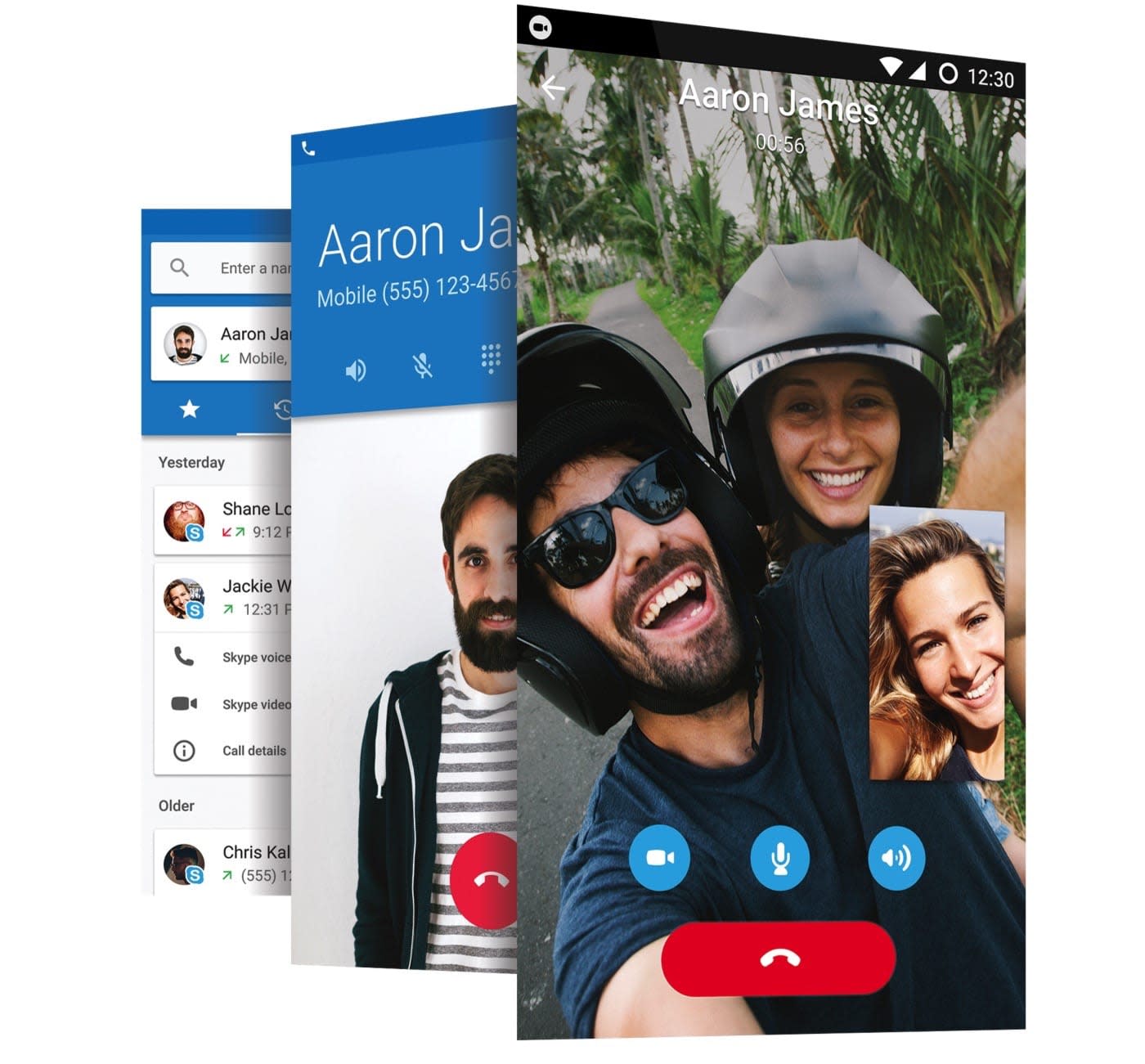 Android has always been the mobile platform of choice for tinkerers, a trend that also directly led to Cyanogen's success as a custom version of the OS. Now Cyanogen is launching a platform called "MOD" that'll give developers access to portions of Android they could never reach before. For example, Microsoft has developed a mod that puts Skype right into the Cyanogen Android dialer. Another one lets Cortana take voice-activated selfies. It's an entirely new frontier for Cyanogen -- which has often been described as an Android mod -- but also a necessary one. "We feel OS innovation has stagnated or stalled," said Vikram Natarajan, Cyanogen's SVP of global partnerships. "Apps have been stuck for a long time." The idea with MOD, then, is to move far beyond what apps are capable of. Even on Android, which is far less restrictive than iOS, there are portions of the OS that normal apps simply can't touch, like the aforementioned dialer and certain parts of the Android lock screen. Naturally, the company launched all-new APIs to get developers on board, and it also announced the MOD Ready Program, which helps phone makers and carriers to create their own mods.

You wouldn't be blamed for viewing this whole announcement as an ideal Trojan horse for bringing Microsoft's services to Android. The two companies have already partnered for some deep Cortana integration, which has just started rolling out. While the MOD platform will be open to all developers, the Redmond software giant is essentially Cyanogen's launch partner for the whole endeavor. Microsoft has also created a mod that lets you quickly jot something down in OneNote when you're on a call, while another brings in its Hyperlapse functionality to stitch together images smoothly.

Other launch entries include a mod from Truecaller, which uses a spam list to keep unwanted text messages at bay, as well as one that puts your social media messages on your lock screen. Mods could eventually let you play a mobile game from your lock screen, Natarajan said.

While there are a few hardware companies already on board with Cyanogen's MOD plan, the company won't be announcing them until later this week. Cyanogen might be on to something -- there are plenty of developers who'd love to take advantage of other portions of Android. But it'll also need to prove to developers why they should spend time creating something that can be used only on devices running its specialized version of Android.

Cyanogen says the MOD platform will arrive next month on devices running Cyanogen OS 13.0 or newer, and developers can jump into the MOD Ready Platform starting today.

In this article: Cyanogen, CyanogenOS, gadgetry, gadgets, gear, microsoft, mobile, mobileworldcongress, mobileworldcongress2016, MOD, MWC, MWC2016
All products recommended by Engadget are selected by our editorial team, independent of our parent company. Some of our stories include affiliate links. If you buy something through one of these links, we may earn an affiliate commission.