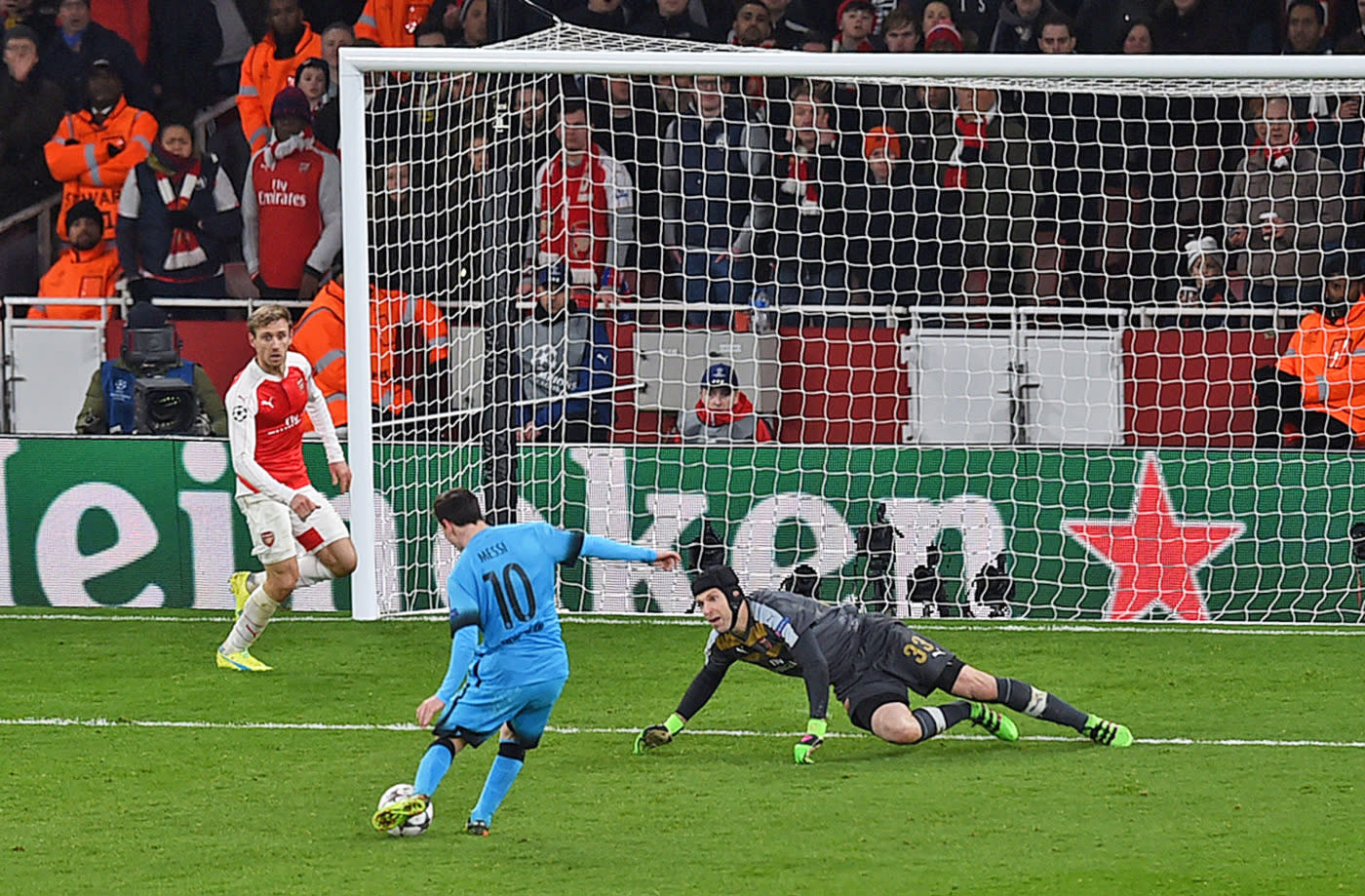 Goal-line technology is already being used in the Premier League to verify scoring, and it's headed to two UEFA league finals, too. The upcoming Champions League and Europa League finals will both make use of the system to keep tabs on scoring. If you'll recall, the tech was also used during the 2014 World Cup in Brazil. Back in January, UEFA announced that next year's Champions League season and the 2016 Euro Cup would employ the goal-line technology. However, it looks like the European football association is looking to get a jump start on things with the two league finals in May.

If you're unfamiliar, the system functions similar to what's in place for tennis matches. Using a combination of cameras in the goal posts and electromagnetic antennas, the setup beams a signal to the referee's watch the instant the entire ball crosses the goal line. After a blown call in the 2010 World Cup (among other errors), FIFA revisited the idea of using the technology before eventually giving the thumbs up ahead of the matches in 2014. Premier League began using the system during the 2013-2014 season.

In this article: championsleague, culture, europaleague, gadgetry, gadgets, goallinetechnology, soccer, sports, uefa
All products recommended by Engadget are selected by our editorial team, independent of our parent company. Some of our stories include affiliate links. If you buy something through one of these links, we may earn an affiliate commission.