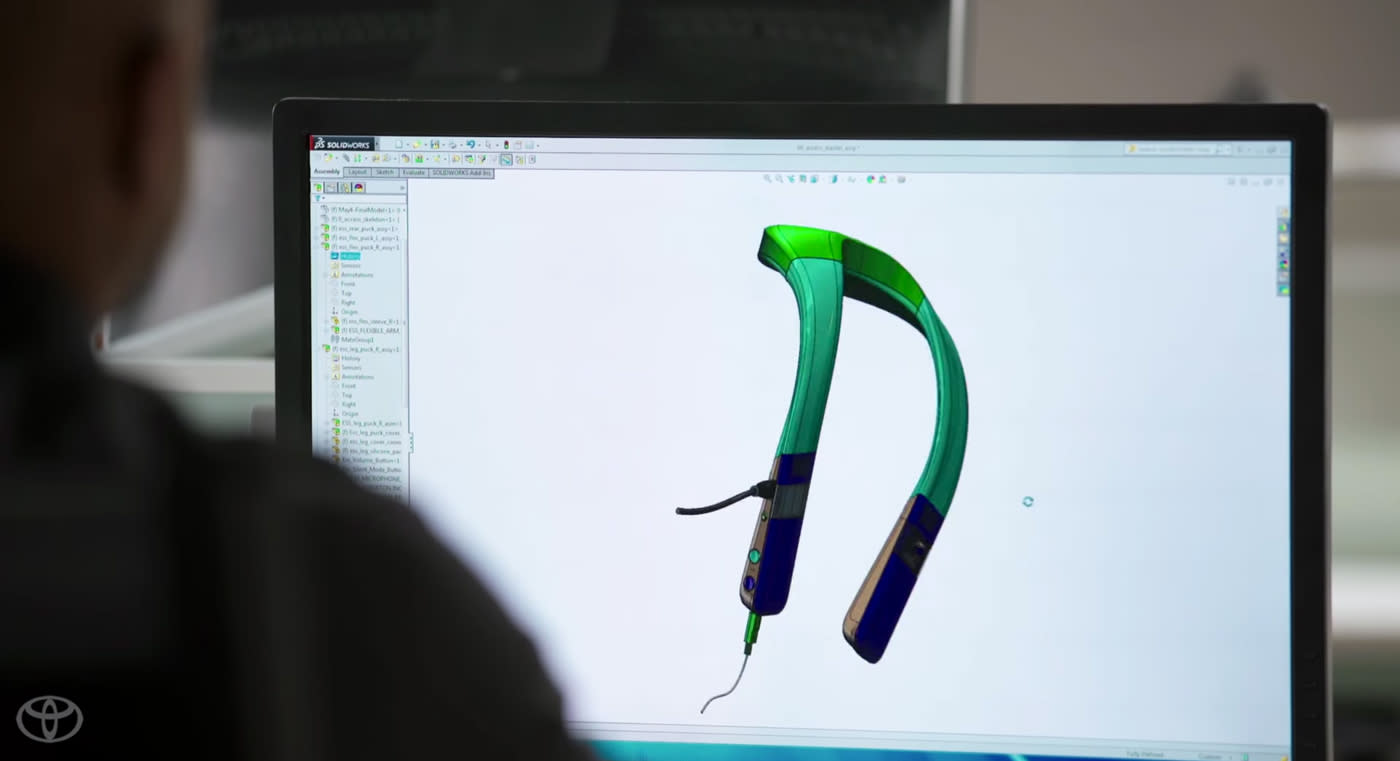 Scientists are slowly making headway in the treatment of visual impairments, but in the meantime, technology promises to help the blind and partially sighted gain greater independence. Joining the ranks of Microsoft and many others, Toyota has revealed that it, too, is working on a device to give blind folks a better understanding of the world around them. As part of Toyota's "Project BLAID," the company is developing a shoulder-worn wearable with cameras that can detect stairs, doors, restroom signs and other common features of indoor spaces.

The device will be controlled by voice commands, and relays information back to the wearer via audio and haptic cues. In addition to helping blind and partially sighted people find their way around buildings more easily (and without the need for strategically placed beacons), Toyota plans to expand the feature set with "mapping, objection identification and facial recognition technologies" in due course. Project BLAID is still in the early stages at this point, but the company promises the first devices will start beta testing in the near future.

In this article: blind, blindness, gear, projectblaid, toyota, visionimpaired, visuallyimpaired, wearables
All products recommended by Engadget are selected by our editorial team, independent of our parent company. Some of our stories include affiliate links. If you buy something through one of these links, we may earn an affiliate commission.