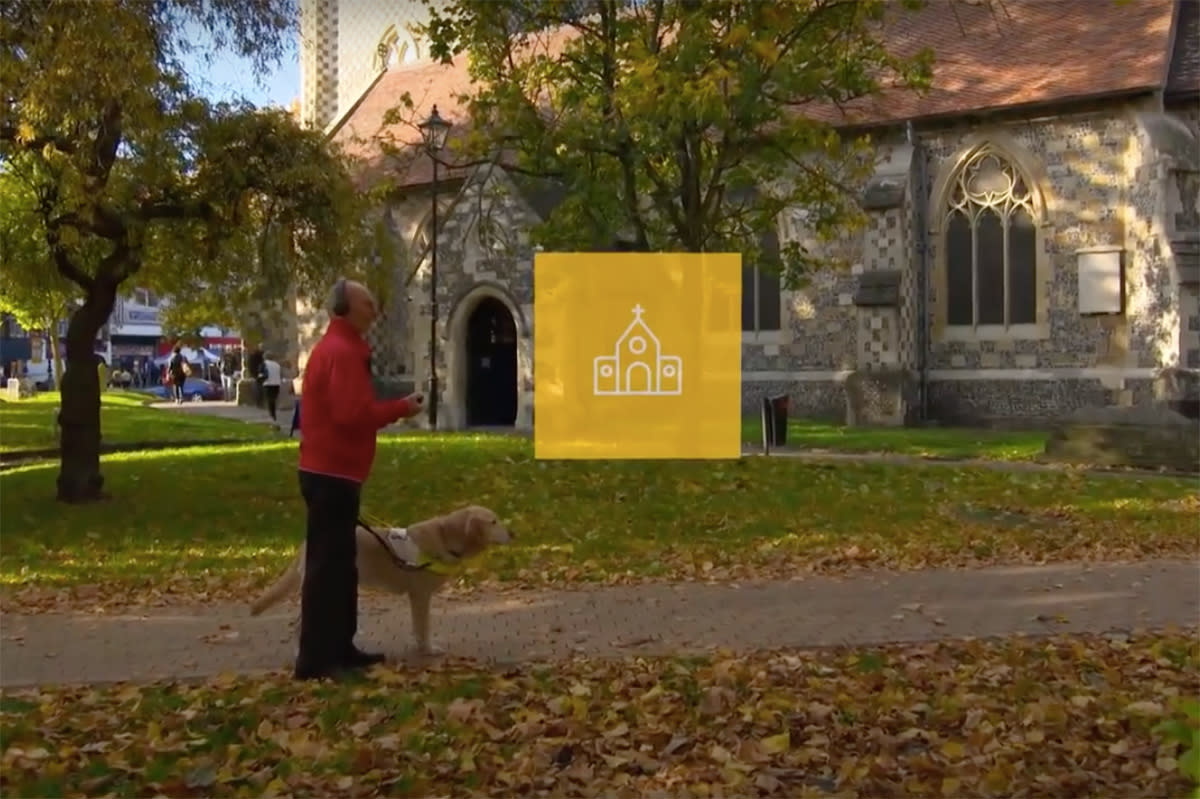 In 2011, Microsoft UK teamed up with charity Guide Dogs to create 'Cities Unlocked,' an organization that worked to create a headset designed to help the visually impaired. That device came last year, but now it's received some major hardware and software upgrades. Although the original simply used bone conduction to send audio clicks and cues to guide the user around, the latest iteration is less of a practical tool and more of an information-rich service. It uses something called "3D soundscape technology," which is kind of like a GPS that describes everything that's around them, from local cafés to alerts telling them when a bus or train is approaching the stop.

The headset now rests over the user's ears in order to allow outside sounds through. This means that the audio guide is unobtrusive, so people are still aware of their surroundings. What's more, wearers are able to speak into a microphone and ask for more information or to repeat the information they just heard. The idea is that the update turns the technology from perspective to descriptive. One person testing the device described it as "massively empowering," adding that it gave them confidence and made journeys a "pleasure rather than a chore." The technology doesn't even have to be for the visually impaired. Each element can be utilized by everyone, such as learning about your surroundings in a country where you don't speak the language. The prospects are infinite. Bring on phase three.

In this article: beacons, blind, boneconduction, culture, microsoft, navigation, science, video, visuallyimpaired, wearables
All products recommended by Engadget are selected by our editorial team, independent of our parent company. Some of our stories include affiliate links. If you buy something through one of these links, we may earn an affiliate commission.