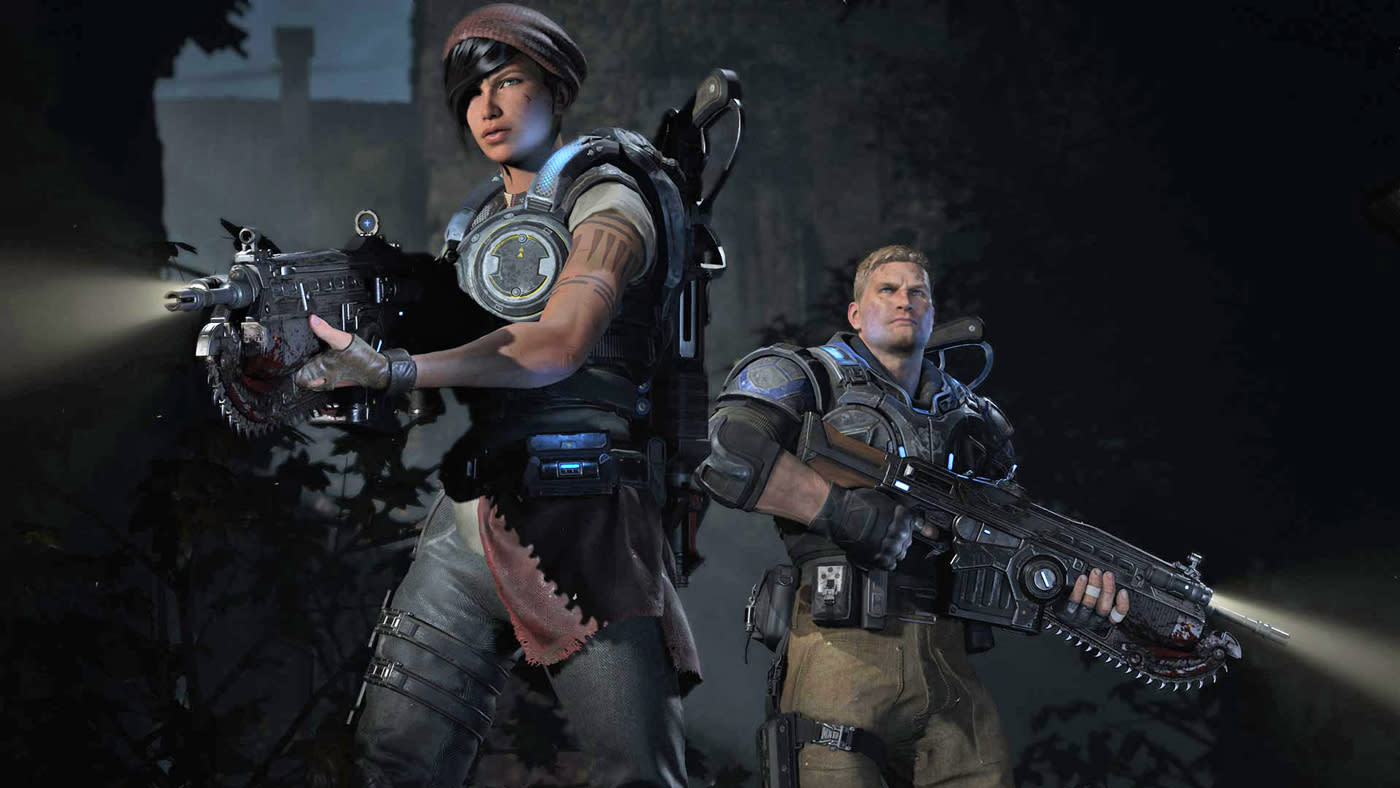 Gears of War 4 is set 25 years after the events of Gears of War 3, and its story stars JD Fenix, the son of long-time series protagonist Marcus Fenix, Game Informer reports. He's joined by Kait Diaz, a survivalist who grew up outside of JD's walled-off world, and Delmont "Del" Walker, one of JD's best friends from boarding school and the army. After a mysterious military incident, Del and JD find themselves in the wild -- in Kait's territory, in fact -- and that's where the game kicks off. But, it's not going to go very far without a handful of talented voice actors.

Developer The Coalition tapped three accomplished video game and television actors to portray Gears of War 4's main characters. Kait is portrayed by Laura Bailey, who provided the voice of Kid Trunks in Dragon Ball Z, Fiona in Tales from the Borderlands, Spartan Olympia Vale in Halo 5: Guardians and numerous other roles. Del is voiced by Eugene Byrd, who plays Marcus "Boomer" Boone in Battlefield Hardline and has recurring roles on the TV shows Bones and Arrow. JD gets his voice from Liam McIntyre, who also plays the lead in Starz's Spartacus series and had a run on The Flash as Weather Wizard.

They all appear fairly pumped to have roles in Gears of War 4.

Thanks for all the huge love guys re: @GearsofWar - Huge role, huge responsibility, huge honor. GEARS IS BACK!! Thanks @GearsViking

In this article: av, gaming, GearsOfWar, gearsofwar4, MicrosoftStudios, personal computing, personalcomputing, thecoalition, VoiceActing, VoiceActors
All products recommended by Engadget are selected by our editorial team, independent of our parent company. Some of our stories include affiliate links. If you buy something through one of these links, we may earn an affiliate commission.