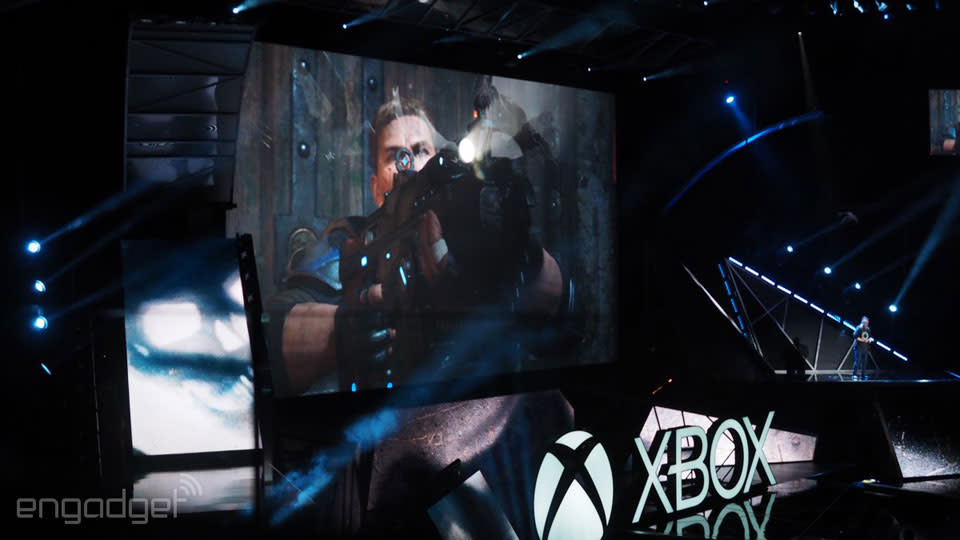 What, you didn't think The Coalition would stop its Gears of War revival with a remastered version of the original game, did you? Sure enough, the developer has announced Gears of War 4 (or as it was shown on screen, Gears 4) for the Xbox One. There isn't much to say about it yet, but it's definitely not a straight-up continuation of Marcus Fenix's story -- he's nowhere to be found in the preview clip shown at E3, and the enemies aren't the usual Locust you've come to know and hate. You'll know the full story when this fourth Gears game ships in late 2016.

In this article: e3, e32015, gaming, gears4, gearsofwar, gearsofwar4, microsoft, thecoalition, videogames, xbox, xboxone
All products recommended by Engadget are selected by our editorial team, independent of our parent company. Some of our stories include affiliate links. If you buy something through one of these links, we may earn an affiliate commission.