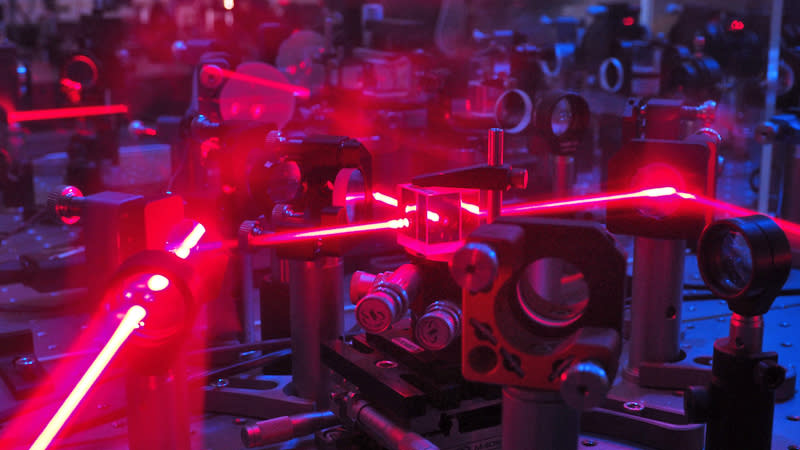 Is the cat in the box alive, dead or... alive-dead? Questions like the one posed by the Schroedinger's Cat thought experiment have vexed mere mortals for far too long, and the scientific community knows that quantum mechanics is pretty tough to wrap our human brains around. So, a group of researchers at the University of Vienna developed an algorithm to help speed the quantum experimentation process along and make it altogether easier, according to APS Physics. It's dubbed Melvin and it was used in a quantum optics experiment to arrange mirrors and beam splitters to make quantum-entangled photons. Photons in Greenberger-Horne-Zeilinger states, specifically.

To hit solutions that the team couldn't by using brain power alone, doctoral student Mario Krenn says he defined the goal, made an algorithm and left his computer running overnight. Krenn says that he was just guessing when it came to different arrangements and surmised that a computer could do it faster.

Much to his surprise, returning to the lab the next morning he found 51 different experiments that could hit the specified criteria for quantum optics. The results were simplified as much as possible to make them easier to read and understand, and Melvin can apparently even remember which arrangements deliver on which goals and can build on them for further experimentation.

Quantum theory says that these results should work, but that doesn't mean the researchers involved aren't testing them out in the real world. And guess what? They perform as Melvin predicted. "I still find it quite difficult to understand intuitively what is going on," Krenn says, but admits that's par for the course for quantum physics.

The scientific community seems to be embracing Melvin so far, too. However, once more complex experimentation occurs because of this new advancement, the simplicity of output might not last long.
In this article: ai, mariokrenn, melvin, personal computing, personalcomputing, quantummechanics, quantumoptics, quantumphysics, science, timeline16aihelp, UniversityOfVienna
All products recommended by Engadget are selected by our editorial team, independent of our parent company. Some of our stories include affiliate links. If you buy something through one of these links, we may earn an affiliate commission.