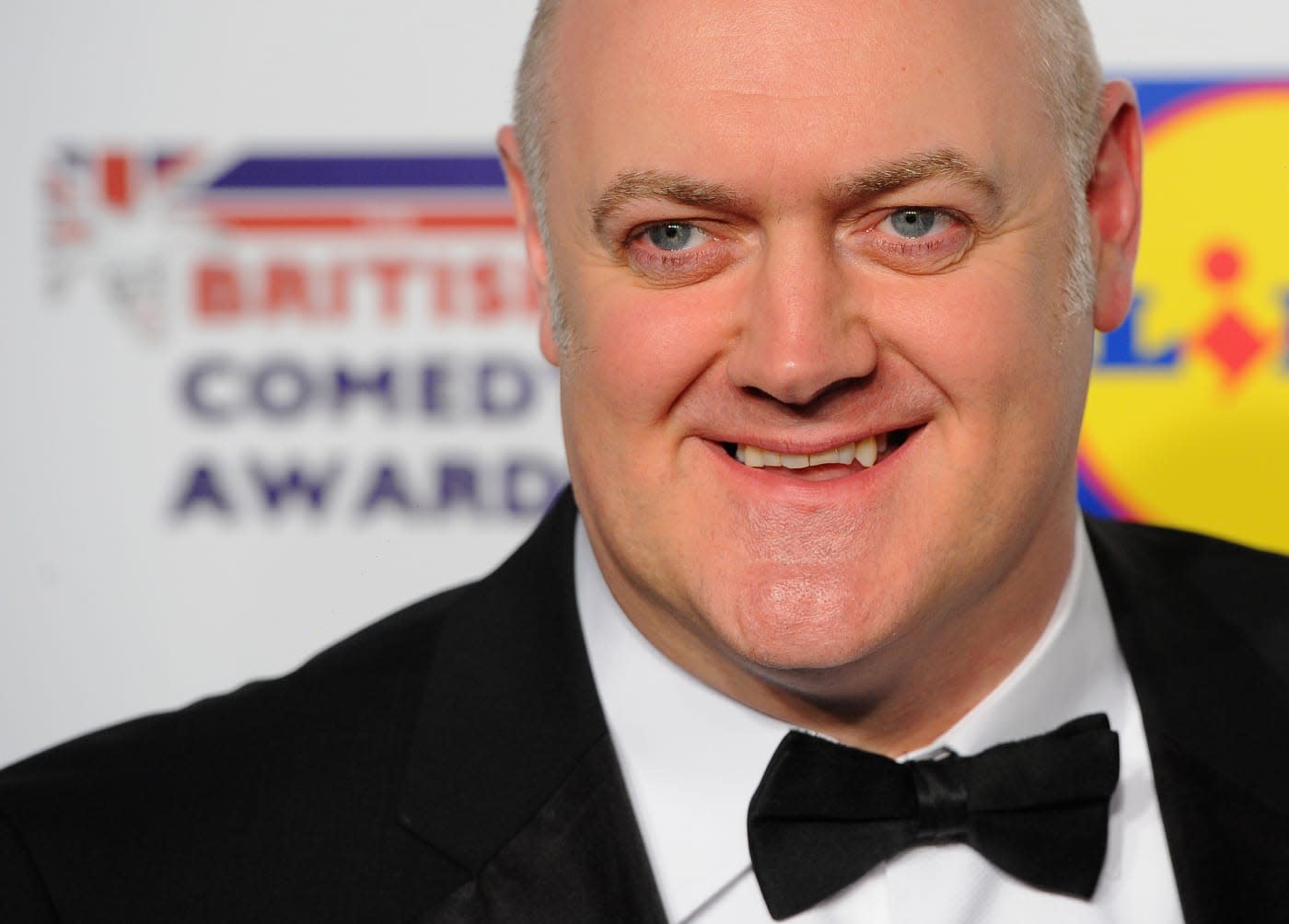 British broadcasters have always struggled to create quality TV shows about video games. Aside from Gameswipe and Videogame Nation, few programmes have done the medium justice. Just look at the response to GTA docudrama The Gamechangers. Still, every so often a production company will take another crack at the idea. The latest attempt is Go 8 Bit, a game show presented by comedian Dara Ó Briain (who is also doing the Robot Wars reboot) and video game journalist Ellie Gibson. The first series will air on Dave this autumn and consist of six 60-minute episodes.

Go 8 Bit is based on a live show in Edinburgh that shares the same name. It's a simple format, challenging two teams to five rounds of "increasingly competitive, hilarious gaming contests." These will range from nostalgic arcade classics (think Pong, Pac-Man and Street Fighter II) to modern masterpieces like Grand Theft Auto V. In addition, Dave is teasing "larger-than-life game-inspired physical challenges," no doubt imitating other game shows like A Question of Sport in the UK. A Splatoon-style paintball match, perhaps? How about a race with Mario Kart-themed power-ups?

The team captains will be Steve McNeil and Sam Pamphilon, a pair of comedians with a genuine passion for video games. They created and performed the original concept in Scotland, and will be partnered with a celebrity guest in each of the new episodes. Collectively, they should offer a healthy mix of star power and video game authenticity. That will be crucial in order to build a show that feels both genuine for gamers and interesting enough to pull in a broad, mainstream TV audience.

The commission follows a renewed interest in gaming from the UK's mainstream broadcasters. Both Sky and the BBC are dabbling in eSports coverage, while Radio 1 preps a show hosted by presenter and YouTuber Julia Hardy. Maybe, just maybe, we'll get a new programme this year that feels true to the culture of gaming? We've got our fingers crossed.

In this article: av, daraobriain, dave, entertainment, gameshow, gaming, go8bit, tvshow
All products recommended by Engadget are selected by our editorial team, independent of our parent company. Some of our stories include affiliate links. If you buy something through one of these links, we may earn an affiliate commission.