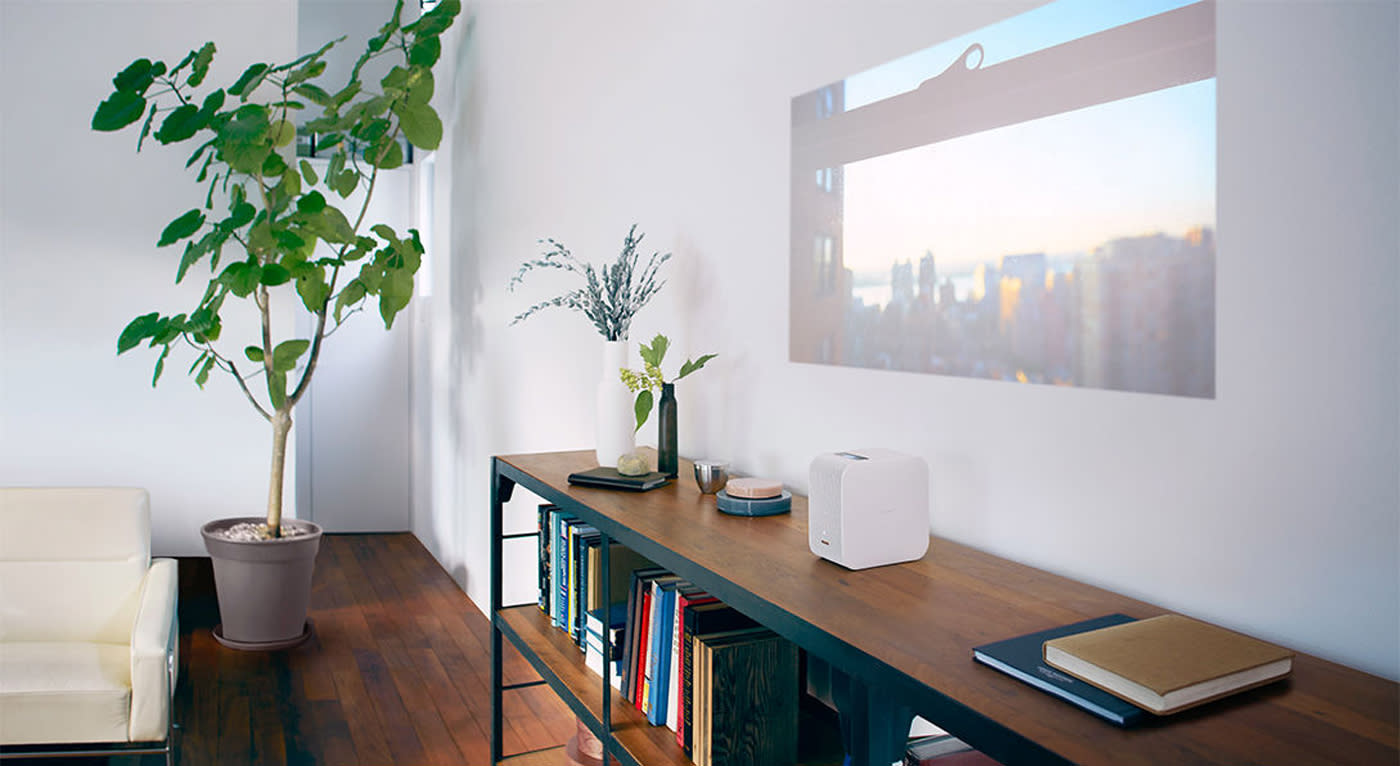 Sony is bringing its Life Space UX range of well-heeled audio and projector products to the US this May. The company has partnered with the MoMA store to sell its three of its debut devices. The LED Bulb speaker can play your music through Bluetooth (and be a bulb) at $239, followed by more light-and-sound options, the stylish Glass Sound Speaker ($799). This offers higher quality sound than a mere bulb and Sony says the organic glass cylinder vibrates in a similar way to human vocal chords to produce "uniquely lifelike sound" — it'll also run for four hours on batteries alone.

Finally, Sony's ultra short-throw projector, capable of viewing video and images at sizes between 22 and 80 inches. The notable part is the small footprint: it's just 81mm by 131mm, with speakers built-in. There's also a wireless unit you can attach to PCs, media players and cable boxes via HDMI. In short, if you've got something to watch, Sony's tiny projector should be able to beam it. It launches for $999, with a separate floor stand available at $199. Sony's already started to sell parts of its "home experience concept" elsewhere (well, Japan), but this is the first time it's selling the pieces all together in the US. And to think; they all could have been pricier.

In this article: av, design, gear, glassspeaker, lifespaceux, moma, momastore, ShortThrowProjector, sony, ux
All products recommended by Engadget are selected by our editorial team, independent of our parent company. Some of our stories include affiliate links. If you buy something through one of these links, we may earn an affiliate commission.