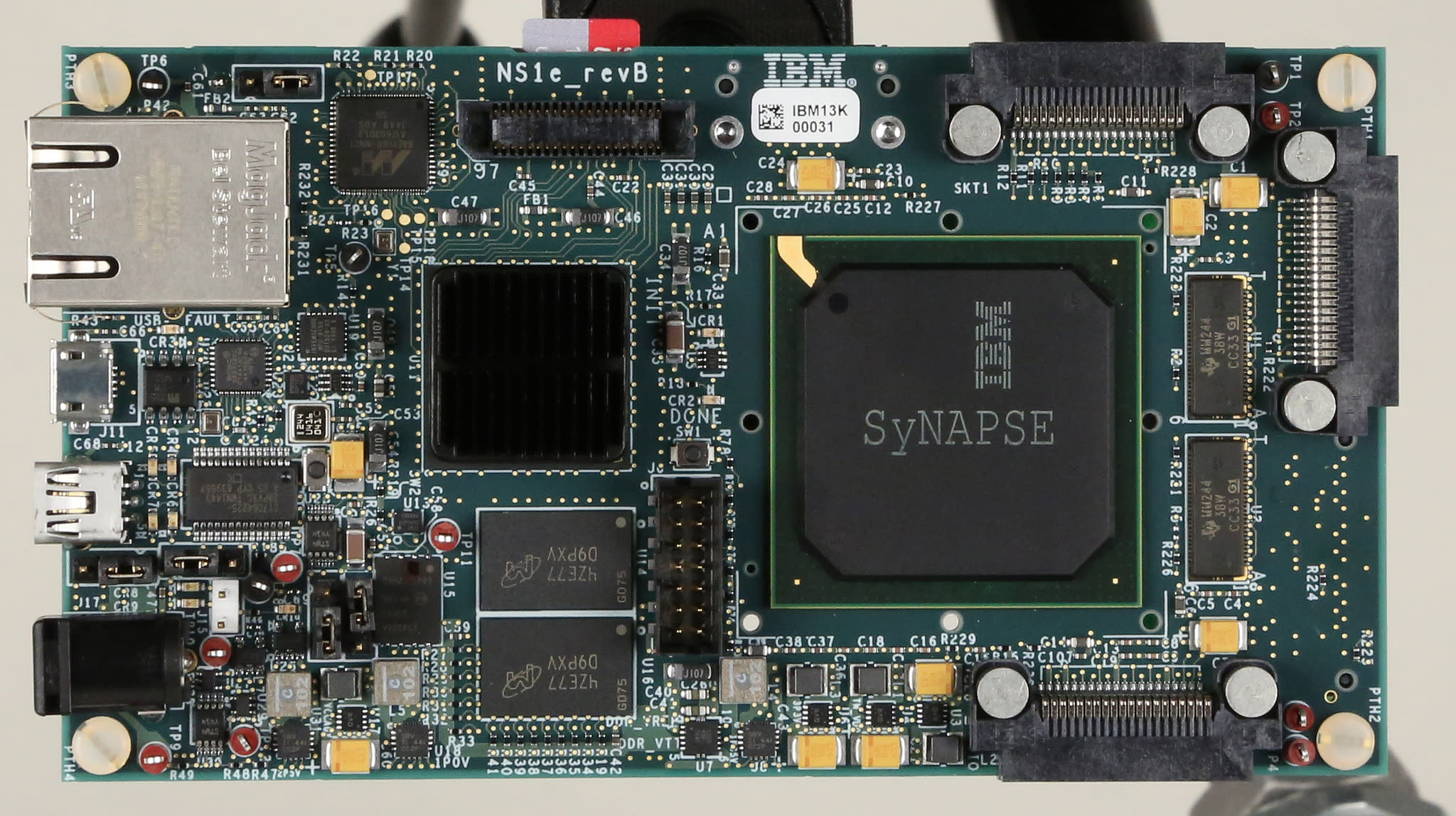 Researchers from the University of Melbourne have teamed with IBM to develop an implantable computer chip capable of constantly monitoring the patient's brain activity and, hopefully, predict when they'll suffer an epileptic seizure. The chip is based on IBM's TrueNorth technology and uses a neural network architecture -- similar to the deep learning AIs that Facebook and Google have been toying with.

Much in the same way that neural networks can be taught to identify objects, the University of Melbourne team hopes to teach theirs to identify the electrical patterns that presage a seizure. "We're trying to extract all the meaningful information from all the background noise," University of Melbourne researcher Stefan Harrer told Wired. "We want to be able to detect a specific seizure for a specific patient." But before they can teach the system to do that, the team needs a lot more raw data.

The system is still just a proof of concept, mind you. A recent test run, in which the chip was tasked with analyzing brain waves to guess whether the patient squeezed a ball with his right or left hand, only tallied a 76 percent accuracy rating. That's about 10 points less than previous test simulations, though the researchers are confident that number will rise with further training. Unfortunately, that means we won't see these devices in a medical setting for years. Until then, people with epilepsy will have to continue relying on their seizure response dogs. Harrer's team is scheduled to present their findings at the ACM Computing Frontiers conference in May.

In this article: epilepsy, IBM, medicine, science, TrueNorth, UniversityOfMelbourne
All products recommended by Engadget are selected by our editorial team, independent of our parent company. Some of our stories include affiliate links. If you buy something through one of these links, we may earn an affiliate commission.