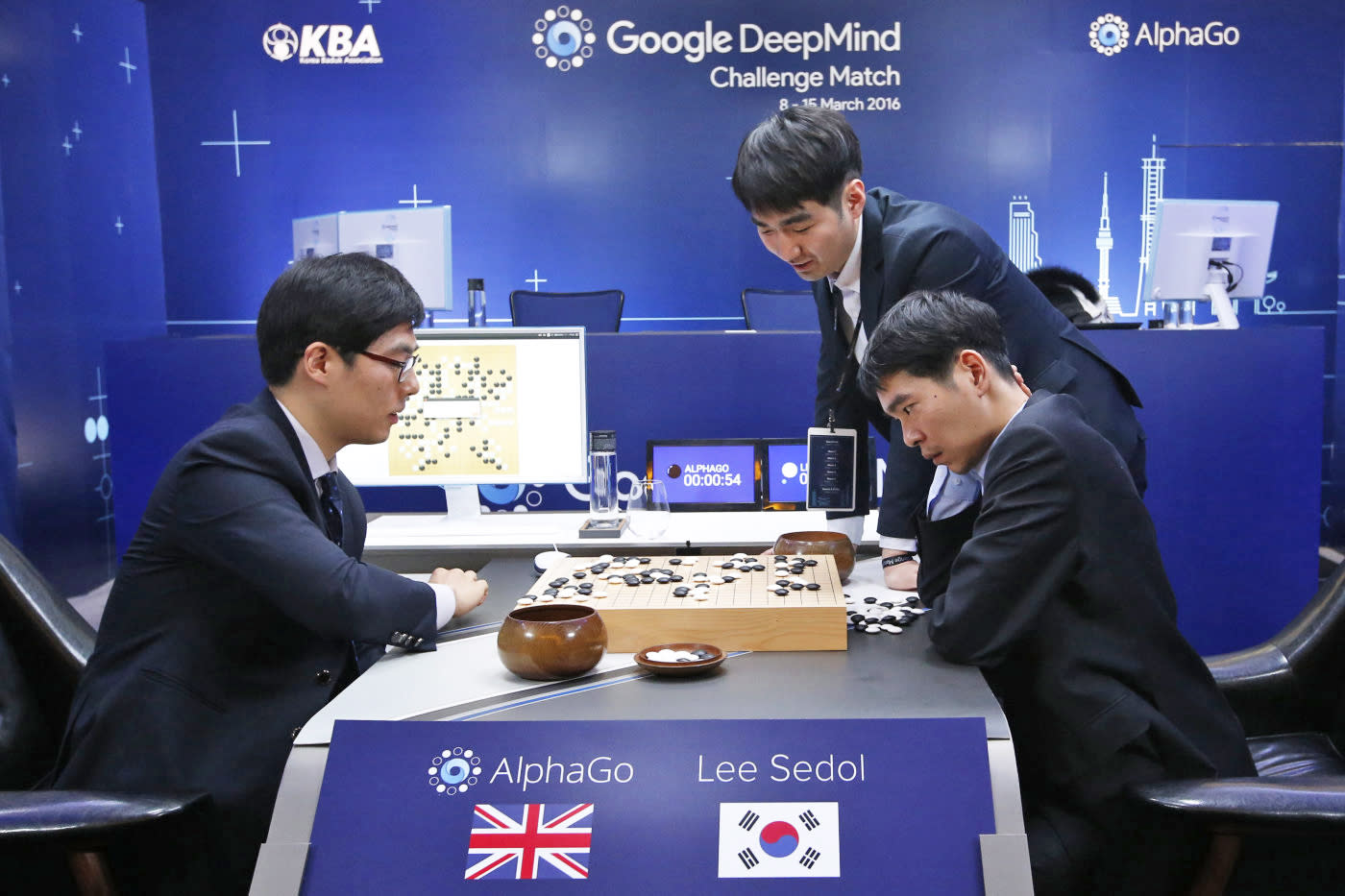 At last, humanity is on the scoreboard. After three consecutive losses, Go world champion Lee Sedol has beaten Google's DeepMind artificial intelligence program, AlphaGo, in the fourth game of their five-game series. DeepMind founder Demis Hassabis notes that the AI lost thanks to its delayed reaction to a slip-up: it slipped on the 79th turn, but didn't realize the extent of its mistake (and thus adapt its playing style) until the 87th move. The human win won't change the results of the challenge -- Google is donating the $1 million prize to charity rather than handing it to Lee. Still, it's a symbolic victory in a competition that some had expected AlphaGo to completely dominate.

Not that Lee or other flesh-and-bone players can rest easy. Hassabis says that AlphaGo's loss (its only loss against pros so far) will help Google eliminate weaknesses in the AI. There's a real chance that the company's code will eventually be near-unassailable in Go, showing that artificial intuition is consistently effective at beating the real thing. That's ultimately helpful for us humans, though, as it could lead to neural networks that rely more on fuzzy logic than raw calculations to complete tasks.

In this article: ai, alphago, artificialintelligence, deeplearning, deepmind, gaming, gear, go, google, leesedol, machinelearning, neuralnetwork, personal computing, personalcomputing, robots, science, video
All products recommended by Engadget are selected by our editorial team, independent of our parent company. Some of our stories include affiliate links. If you buy something through one of these links, we may earn an affiliate commission.