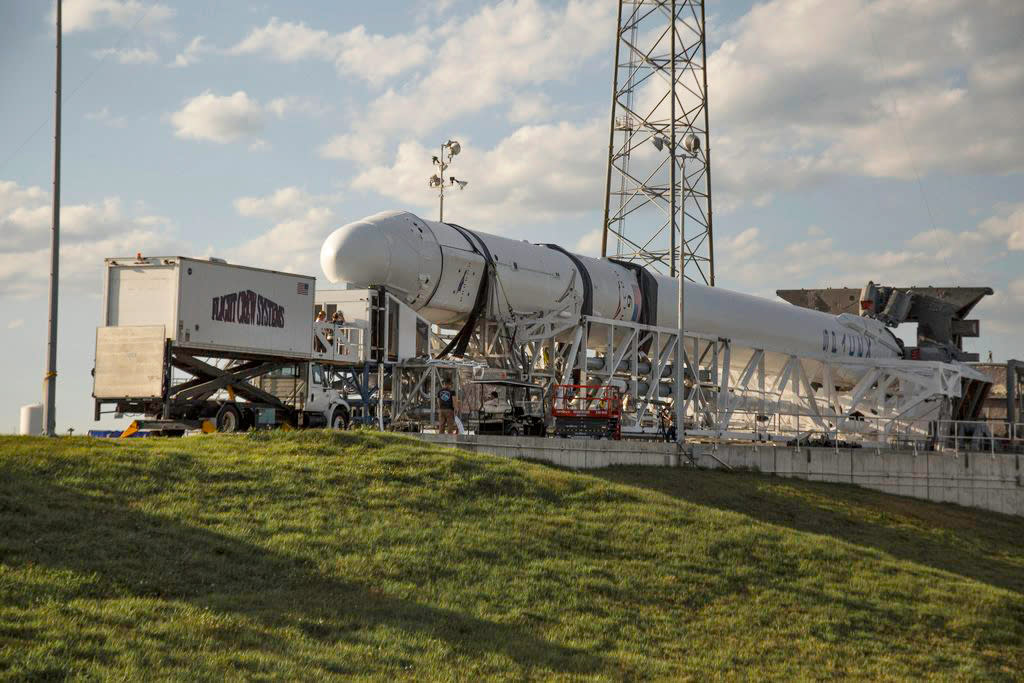 SpaceX will send another Falcon 9 rocket to the International Space Station today at 4:43PM EDT from its base in Cape Canaveral, Florida. The weather is looking good so far and you'll be able to watch the launch live on the SpaceX webcast.

This trip includes a Dragon resupply capsule carrying NASA's Bigelow Expandable Activity Module, a living space that essentially inflates once it's installed on the ISS. BEAM is the type of tech that NASA could use on a trip to Mars, since it's small in transport, durable and easy to set up.

"BEAM is one of the first steps to test expandable structures as a viable alternative to traditional space habitats," NASA writes.

Today, SpaceX will try once again to land its Falcon 9 rocket on top of a small rectangle in the ocean. While the SpaceX crew has brought a rocket back to Earth, it's yet to successfully touch down on the ocean landing strip, despite multiple attempts. These sea landings are a crucial part of SpaceX's plan to re-use its rockets and save money on each blast-off. By the end of the year, the company plans to launch a Falcon 9 rocket every other week, Ars Technica reports, so ration your popcorn accordingly.

The 1st stage of the Falcon 9 just landed on our Of Course I Still Love You droneship. Dragon in good orbit pic.twitter.com/SYyUCDZE3k

In this article: beam, dragon, Falcon9, iss, launch, Mars, nasa, science, space, spacex
All products recommended by Engadget are selected by our editorial team, independent of our parent company. Some of our stories include affiliate links. If you buy something through one of these links, we may earn an affiliate commission.