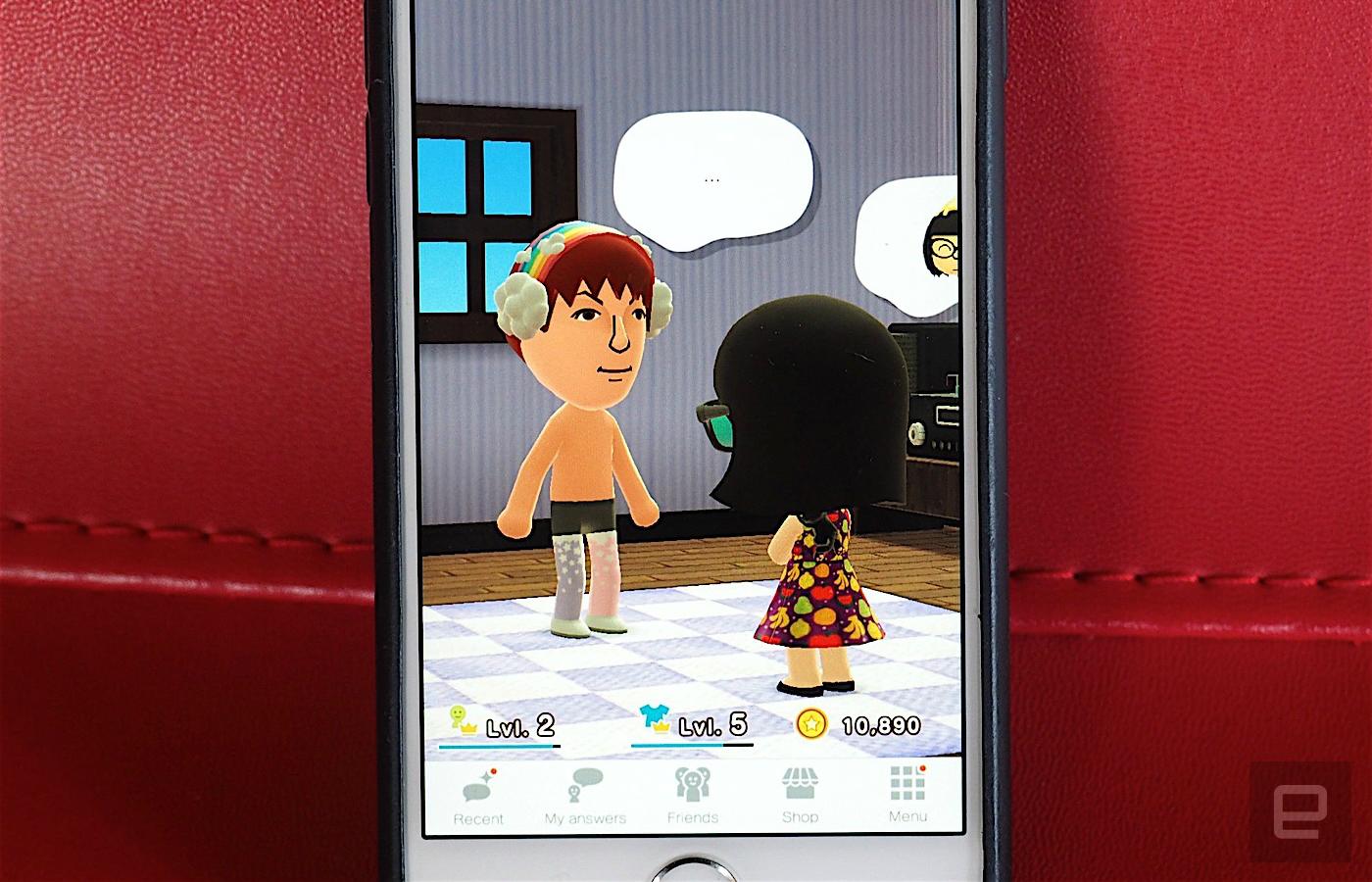 Since its launch, Nintendo has held back from offering video game-related clothing in Miitomo. You can quickly earn a Mario hat, but otherwise there are few items to show off your love for a particular franchise, like Star Fox or The Legend of Zelda. That's now changing, however, as Nintendo readies its first batch of Splatoon-themed gear. From April 27th through to May 29th, users will be able to unlock inkling shoes, shorts, t-shirts and hairstyles through the app's Miitomo Drop mini-game. Colorful squid pins will also be redeemable using regular coins in the Miitomo Shop. But that's not all. To drive attention to the app -- which seems to be doing pretty well, both in Japan and the West -- Nintendo is running a competition on Twitter. If enough people retweet its special hashtag, everyone will gain access to the Splatoon wigs, for free, through the Gift Box system. Finally, to get your hands on an ink tank (it sits on your Mii's back like a scuba diver's oxygen tank) you'll need to spend My Nintendo Platinum Points, which are accrued by completing missions in Miitomo.

Splatoon has been a smash-hit for Nintendo, spawning a live Squid Sisters concert and all sorts of crazy merchandise. The game's take on street fashion makes it a perfect fit for Miitomo, which encourages you to frequently dress up your Mii and snap adorable "Miifotos." It's no secret that Engadget has some Miitomo addicts among its ranks -- no doubt they'll be first in line to download the new gear when it drops next week.

In this article: gaming, mii, miitomo, nintendo, services, splatoon
All products recommended by Engadget are selected by our editorial team, independent of our parent company. Some of our stories include affiliate links. If you buy something through one of these links, we may earn an affiliate commission.