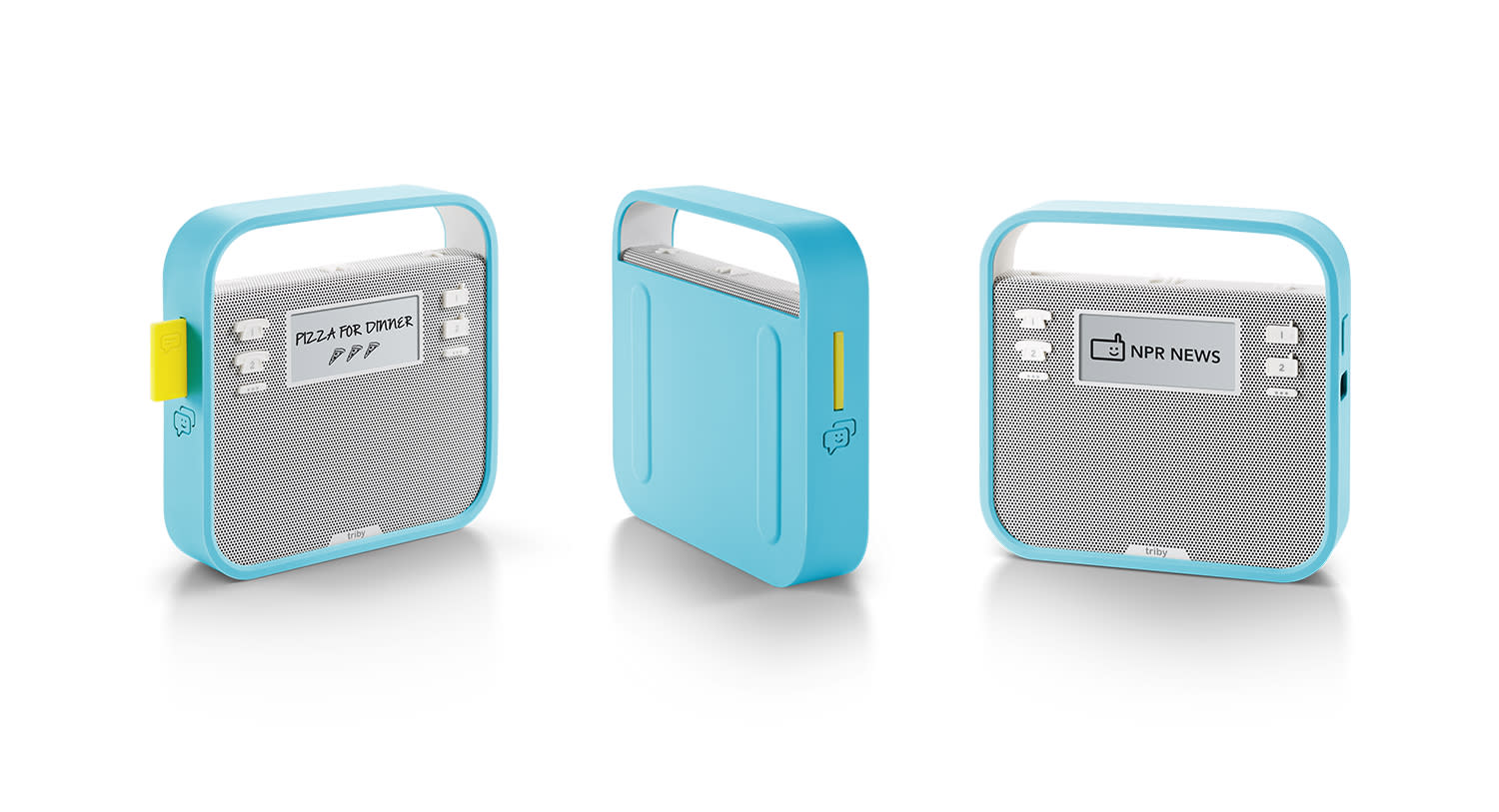 Amazon set up a $100 million fund last year to help developers integrate Alexa Voice Service (AVS), the tech in the Echo, into their third-party devices. The first of these to hit the market is the Triby, a portable voice-controlled hub built by Invoxia.

Triby follows simple verbal commands the same way the Echo does, as well as streams music and connects smart devices. Their similar purposes likely make Triby an obvious example of what a non-Amazon device can do with AVS.

But where the Echo is a static command hub, Triby is a battery-powered portable device users can tote around. While it's slightly pricier at $200, Triby's speakers and small magnet-backed frame make it a more versatile music player. Also, it has something else the Echo doesn't: a display screen.

The screen is flanked by several buttons and a large speaker grille, making the Triby look more like a familiar old radio than the Echo's sleek slate chic. This might be where Amazon's Alexa fund and Alexa Skills Kit shines: powering devices for different demographics and making sure Alexa gets in as many homes as possible.

In this article: alexa, amazon, echo, gadgetry, gadgets, gear, home, IOT
All products recommended by Engadget are selected by our editorial team, independent of our parent company. Some of our stories include affiliate links. If you buy something through one of these links, we may earn an affiliate commission.