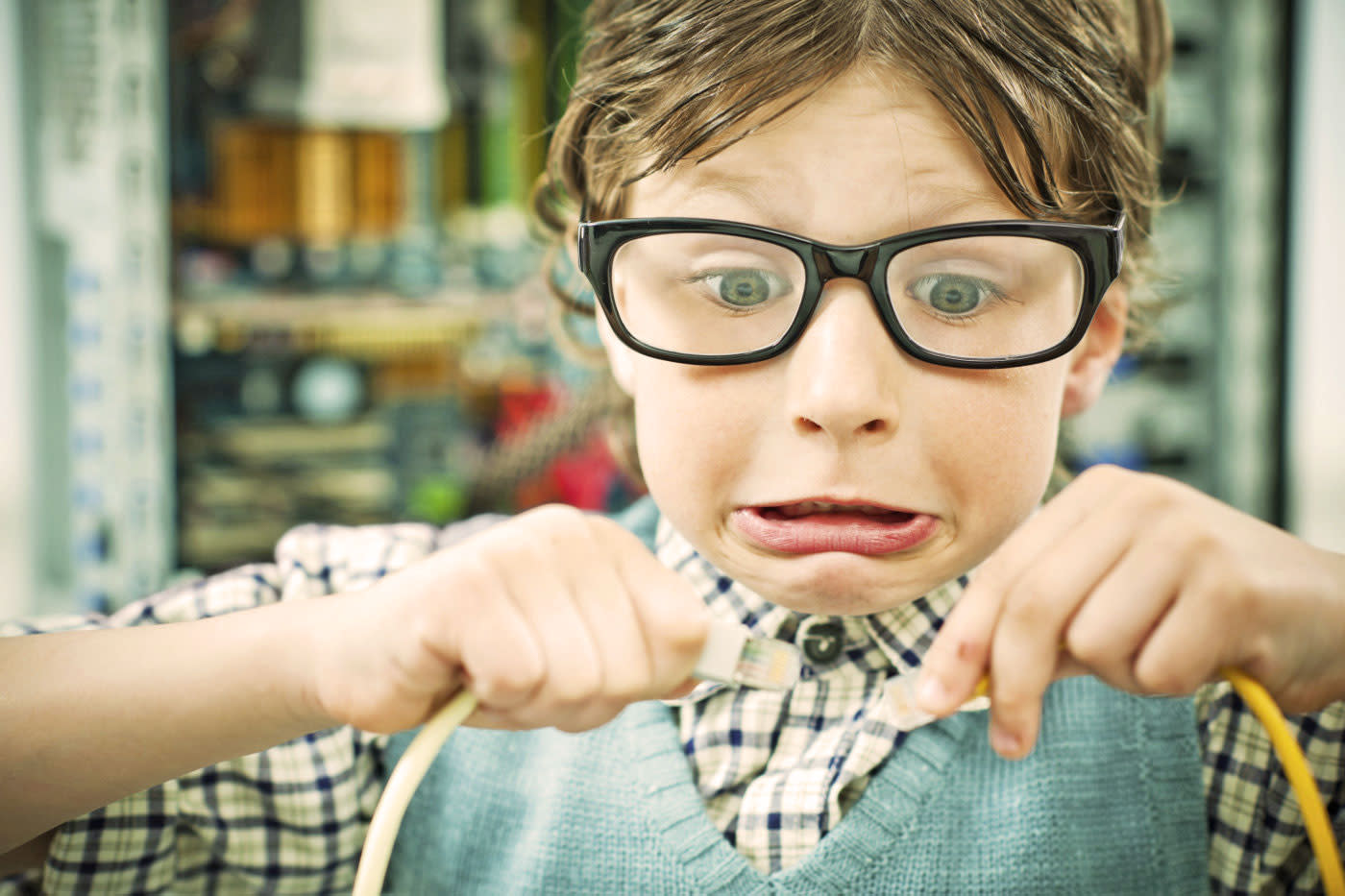 It's a tale as old as time: Kids and animals don't mix with tech. Whether it's little Billy turning your new flatscreen on and off until it burns out or Rover chewing through another pair of fancy headphones, you'd think we'd know better by now that letting pretty much anything that isn't capable of voting near technology is a bad idea. But as you're about to find out, sometimes it just can't be helped.

First up we have National Public Radio and a mishap suffered as a result of Take Your Kids to Work Day. A "junior journalist" hit the exact sequence of buttons on the control board that, from the sounds of it, would be required to swap broadcasts. Except it instead caused 73 seconds of dead air during Morning Edition for a handful of West Coast NPR stations, according to Gawker. Nothing too crazy. It's not like the kid threw the Large Hadron Collider (LHC) offline.

That's the sort of thing weasels do. No, really. An actual weasel chewed through a 66-kilovolt electrical transformer, taking the particle collider offline, though only temporarily -- it should be back online pretty soon. While the tyke who knocked NPR off the air (presumably) got off scot free, the same can't be said of the weasel -- that much juice combined with our furry, four-legged friends doesn't end well.

Update: CERN has now confirmed the LHC was downed by a small beech marten, not a weasel. Engadget deeply regrets any offence the original article caused the weasel community.

In this article: animals, cern, culture, internet, kids, largehadroncollider, lhc, morningedition, nationalpublicradio, npr, weasel
All products recommended by Engadget are selected by our editorial team, independent of our parent company. Some of our stories include affiliate links. If you buy something through one of these links, we may earn an affiliate commission.