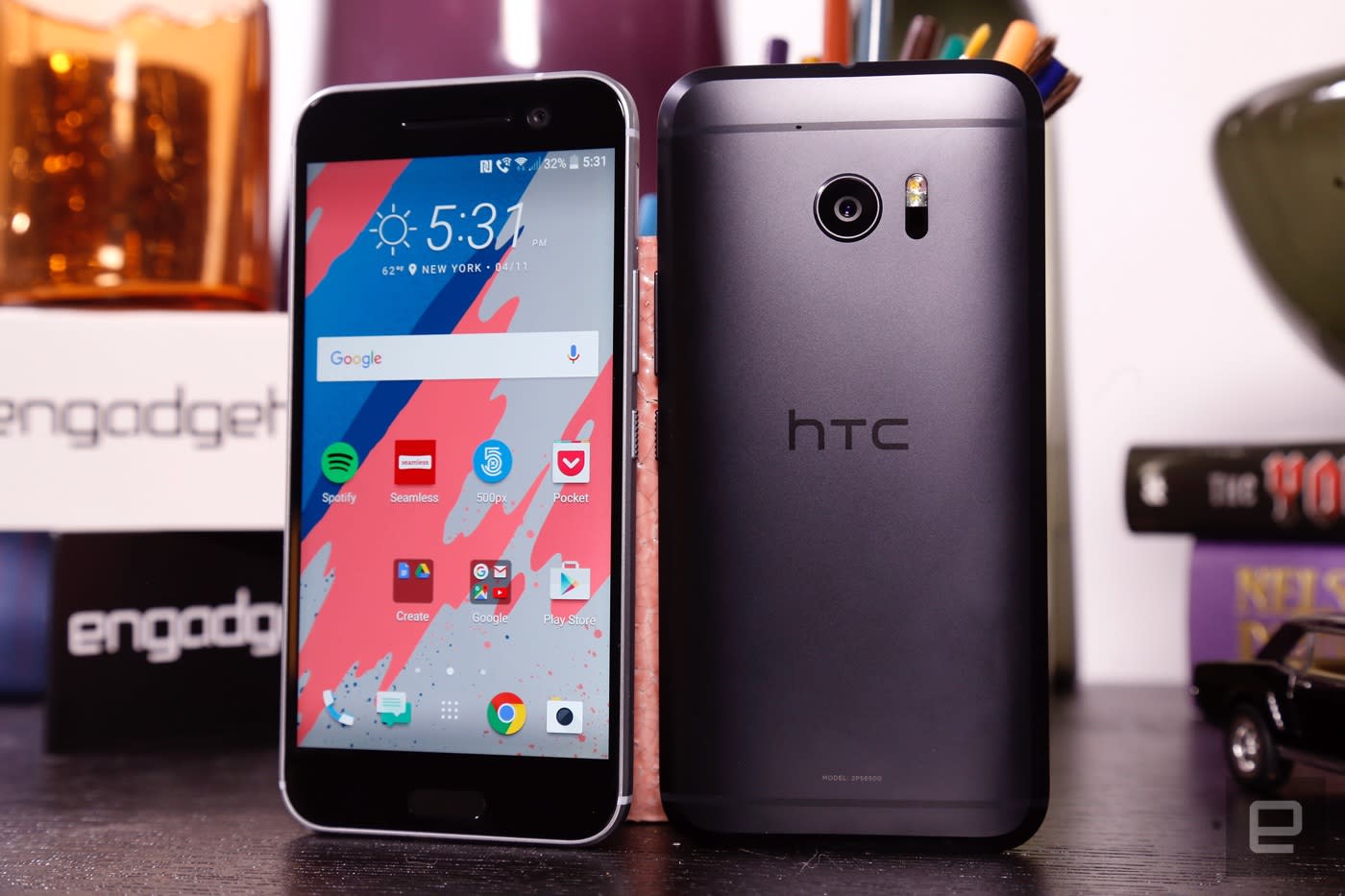 A succession of middling flagships has seen HTC's reputation plummet in recent history, but the company seems to have got its mojo back. The new HTC 10, available in the UK from today, is a classic blend of beauty and raw power. While it doesn't have the best camera on the market and battery life is distinctly average, HTC has cleaned up its Android skin and included a few attractive extras like hi-res audio support and AirPlay compatibility. If you've been waiting for HTC to return to form, then the new 10 will've undoubtedly piqued your interest, so join us as we explore the carriers, resellers and retailers that have you covered.

HTC hasn't exactly been setting the smartphone world alight these past few years, so it's understandable that a couple of carriers aren't willing to put their chips on the table for the company's latest flagship. O2 and Vodafone have both confirmed they don't plan to range the device, while EE and Three won't let you walk out the door without some form of upfront payment. Contract resellers appear to be more lenient, however. Carphone Warehouse has a particularly attractive Vodafone deal for the power user: £42 per month with no upfront payment for unlimited calls, texts, a 6GB data cap and £50 cashback.

It's fair to say that MVNOs are flat out not interested in the HTC 10 -- not on launch day, anyway. You can pick one up on Carphone Warehouse's iD network (with the £50 cashback offer), but there's little reason to do that when the reseller has better offers on other networks.

If you're looking to buy an HTC 10 outright and be done with it -- and you may well want to, given the complete lack of pay-as-you-go options -- then most retailers ask you to rustle up roughly £570. Clove has the sweetest deal currently at £530, though it doesn't expect to have stock until a week from now. Buymobiles isn't far behind with its £536 offer, but the product page is also sporting a pre-order tag at the moment.

Update: Mobilefun.co.uk is selling the HTC 10 for only £510, with stock of the Carbon Grey model expected to arrive in the coming days.

In this article: 10, gear, htc, htc10, mobile, smartphone
All products recommended by Engadget are selected by our editorial team, independent of our parent company. Some of our stories include affiliate links. If you buy something through one of these links, we may earn an affiliate commission.