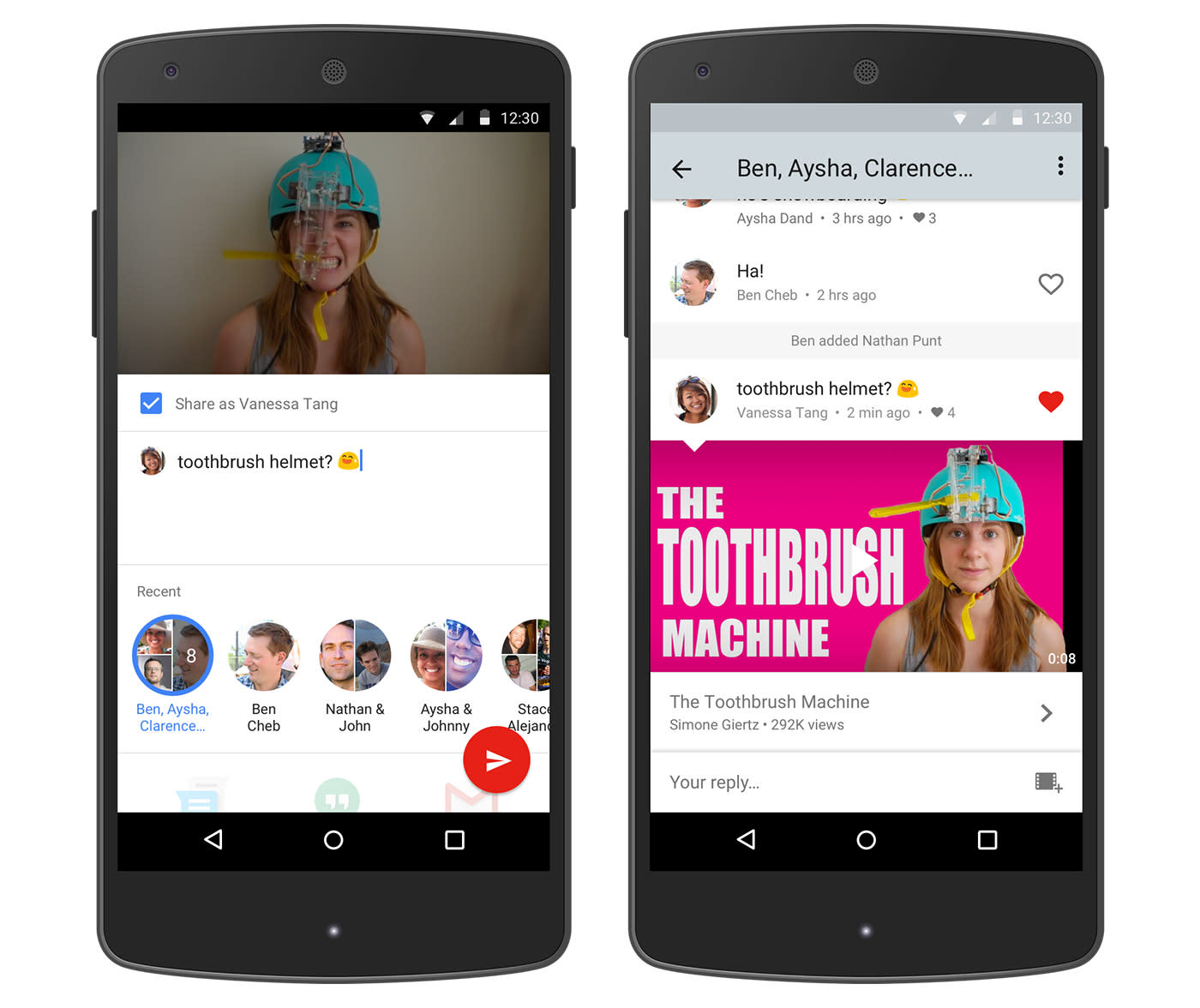 YouTube has developed an in-app messenger, and according to Wired, it's now rolling the feature out to small number of users. The video service's director of product management, Shimrit Ben-Yair, said they created the feature, because her team believes it would result to even more sharing. Messages remain in a separate tab that can be accessed anytime, giving people a quick way to toss links, say of an amusing music video or a Let's Play playthrough, to a whole group of people.

If it catches on, it could cut out the middleman (i.e., other chat apps) and make videos trend even faster. It's also probably a way for YouTube to ensure users are spending more time on its website and apps in an effort to squash current and upcoming rivals. While only a lucky few are getting in-app messaging today, those who do get it can spread the feature further by inviting friends and contacts to chat.

In this article: app, gear, google, messenger, mobile, youtube, youtubemessenger
All products recommended by Engadget are selected by our editorial team, independent of our parent company. Some of our stories include affiliate links. If you buy something through one of these links, we may earn an affiliate commission.