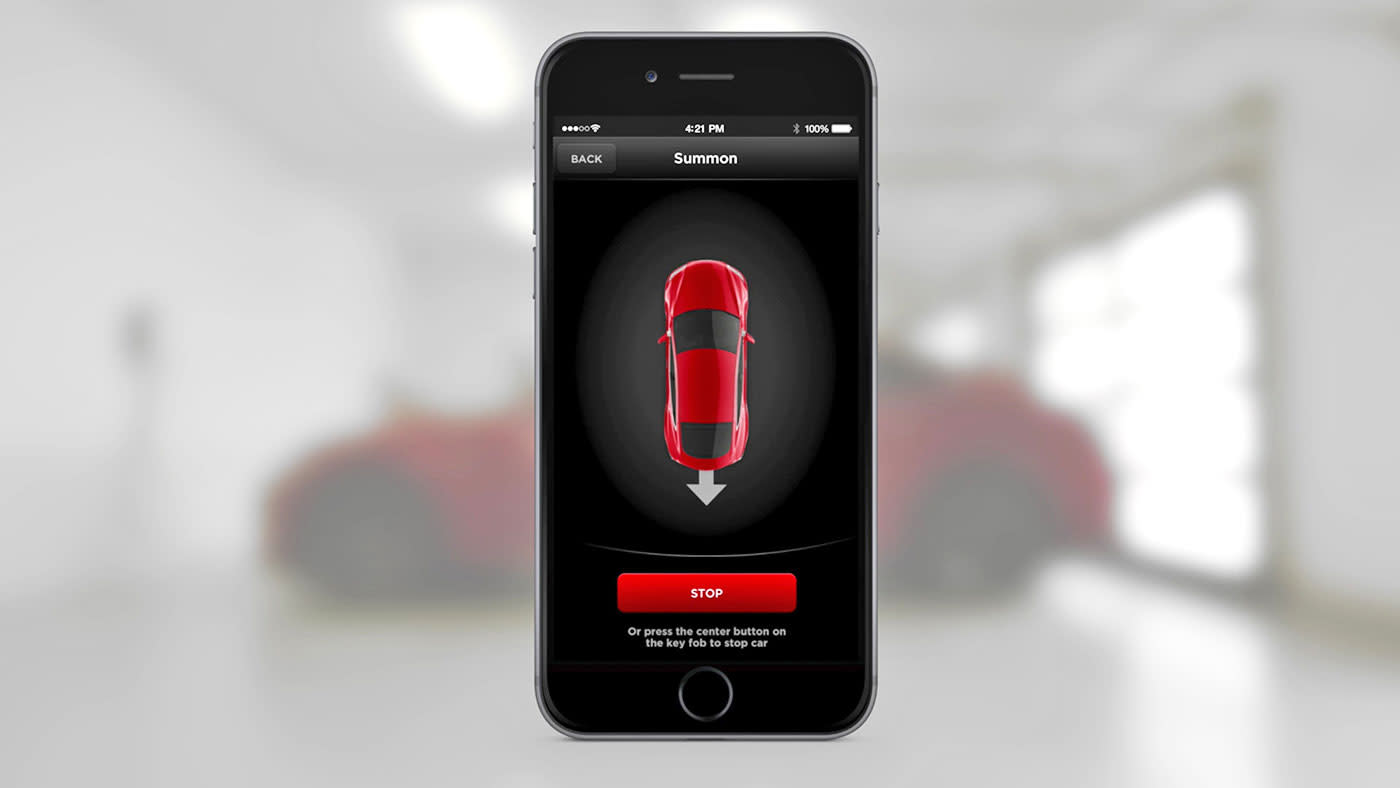 Tesla has issued an update for the "Summon" mode on its Model X and Model S vehicles, according to a Reddit user. The feature instructs your vehicle to autonomously park or come to you like Kitt from Knight Rider (though only at one mph for 33 feet). You now must confirm the vehicle's travel direction on the touchscreen, which should make users think twice about what's around them. The fix may be a response to a Utah user whose Model S rolled into the back of a trailer in "Summon" mode.

The user claimed that he stood in front of the the vehicle for a good minute and that it crashed on its own accord after he left it and went into a store. However, in a letter dug up by The Verge, Tesla says the vehicle logs show that the driver deliberately initiated Summon mode and received several warnings and messages. It then started moving just seconds after he exited the driver-side door. Tesla previously issued a "dead-man's switch" safety fix for the Summon feature that requires a user to continuously press the key fob or smartphone. If you release your finger, the car stops immediately. Reddit users point out that the feature is on by default, so the Utah driver must have disabled it. In that case, he would have activated the feature by double pressing the "park" button, as Tesla says, and to stop it, he'd have to press a smartphone icon or key fob button.

By forcing users to choose whether the vehicle backs up or moves forward when summoned, the new feature may have prevented the Utah accident. Either way, sensors are supposed to stop the Model S immediately if they detect obstacles around it. As is clear from the accident photo (above), however, the high position of the trailer may have eluded them. Tesla hasn't commented on the new feature, but we've reached out for more info.

In this article: Autonomous, gear, ModelS, ModelX, Self-parking, Summon, Tesla, transportation
All products recommended by Engadget are selected by our editorial team, independent of our parent company. Some of our stories include affiliate links. If you buy something through one of these links, we may earn an affiliate commission.