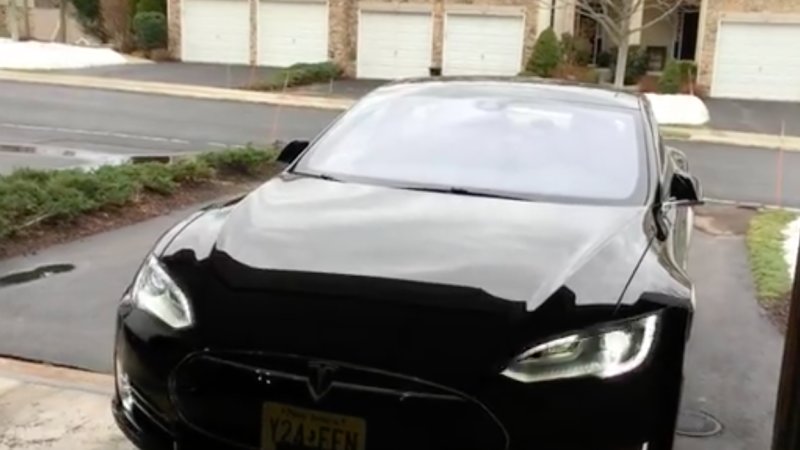 Of course, while Tesla might want to make it more safe, at least one Tesla driver wants to make it cooler, in a very Silicon Valley sort of way. He modified his Apple Watch so it can now summon his Tesla Model S out of his garage, as you can see in the one-minute video above.

In a February 8 blog post, the Tesla team detailed how Summon can improve safety because the feature engages the vehicle's sensors to stop the car if it's about to hit an object. Additionally, Tesla added a feature that stops the car from moving when the car owner's finger is disconnected from either the smartphone or fob (i.e. the car won't keep rolling if the owner drops his or her keys).

"While these additional layers of security will not completely eliminate accidents when using semi-autonomous features like Summon, when used correctly, they can reduce their occurrence relative to conventional driving," Tesla wrote.

As it is, Tesla's already touting Summon as a convenience perk. Not only can the feature engage the vehicle to move itself out of a garage, but the car can park itself when there's a tight parking space that wouldn't otherwise allow for those Model S or falcon-winged Model X doors to open without dinging the adjacent vehicle.

Tesla first announced Summon on January 10 as part of a suite of improvements to the 7.1 software suite that included a number of autonomous-driving features. The feature allows the cars to drive as far as 33 feet on its own at a speed of about one mile per hour.